The update should be available later this week, and it comes just as Google is opening up the platform to more users. For a limited time starting April 15th, anyone in the US with $1500 to spare will be able to join the Google Glass Explorer program and register for a pre-release version of the device. No invitation is required. 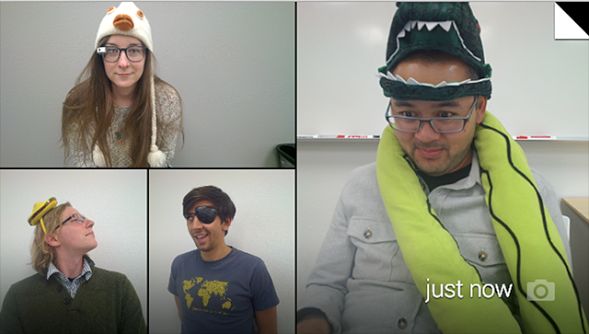 Google says the move to KitKat won’t bring a lot of noticeable changes — but it should improve battery life and reliability. The update also lets app developers use the latest Android software developer tools.

Other changes include support for photo replies in Google Hangouts, support for “photo bundles,” letting you see pictures and videos arranged by day, and an easier-to-navigate “OK Glass menu” with commands sorted by recency and frequency to let you see the commands you use most.

Google is also removing one major feature. Video calling is going away… at least for now. The team says it hopes to bring back video calls when the user experience is better, but with fewer than 10 percent of users currently making video calls, Google suggests those who want the feature look to third-party services.