Google’s wearable Glass platform  is designed to be worn like a pair of glasses, allow you to view notifications, search the web, and generally let you interact with the internet and apps without pulling your phone out of your pocket.

With early test devices selling for $1500, Glass is a bit expensive for most consumers at this point… and with privacy concerns related to the built-in camera, among other things, it’s not clear what kind of future Google Glass has as a consumer device.

But Google’s starting to see potential in another market. The company is launching a Glass at Work program to encourage developers to create enterprise applications for Glass. 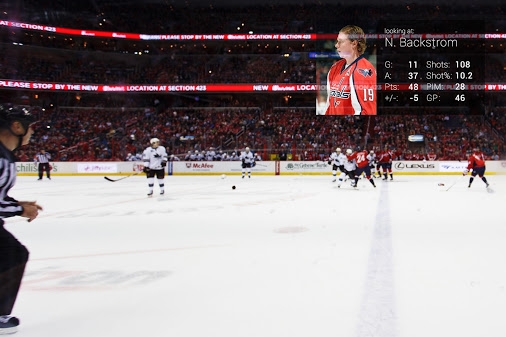 Head-up displays may be relatively new in the consumer electronics space. But the military has been developing systems to provide soldiers with information-at-a-glance for years. Troops don’t always have time to pull out a phone or laptop to get mapping or targeting information.

But the military isn’t the only industry where head-up displays can save time, and maybe even lives. The New York Times reports surgeons and doctors are using Google Glass with special software to aid in operations, consult patient allergy information without getting buried in a chart or computer screen, and record information during patient visits.

Glass can also have applications in the construction industry, law enforcement, or any other field where workers may need to consult with instruction manuals or other documents but where it may not make sense to carry around physical copies.

Glass at Work still faces some challenges. Google’s wearable devices still have limited battery life, for instance. And privacy concerns can still come into play in some industries.

But Google’s just starting to explore the possibilities with developers. The Washington Capitals and APX Labs, for instance, have created an app that allows fans to see stats, replays, and other information while watching a hockey game (as shown in the picture above).

Hopefully by the time Glass is released as a consumer product it’ll cost substantially less than $1500 and have true all-day battery life. In the meantime, targeting niche industries where price, privacy, and battery power aren’t deal-breakers makes a lot of sense.