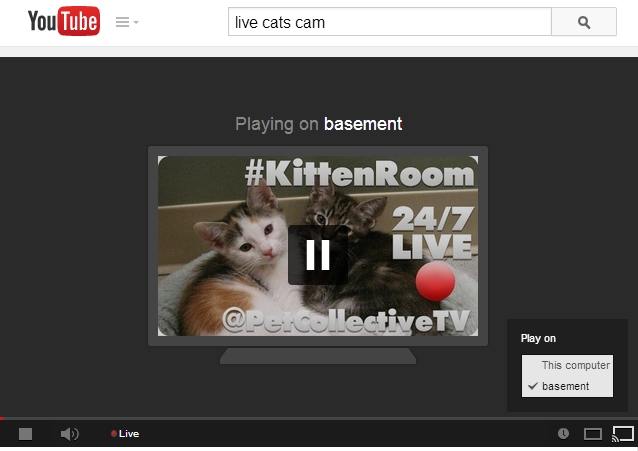 There are plenty of apps that let you stream online videos from sites like YouTube, Hulu, or Netflix to a Chromecast. But for the most part you’re stuck looking at pre-recorded videos.

Now you can watch live streaming videos from YouTube on a Chromecast.

That’s right — you can now watch live kittens on your TV.

Online video site Netflix has updated its Android app with an improved second screen experience so that you can see a bit more info on your phone or tablet while streaming movies or TV shows to your television. 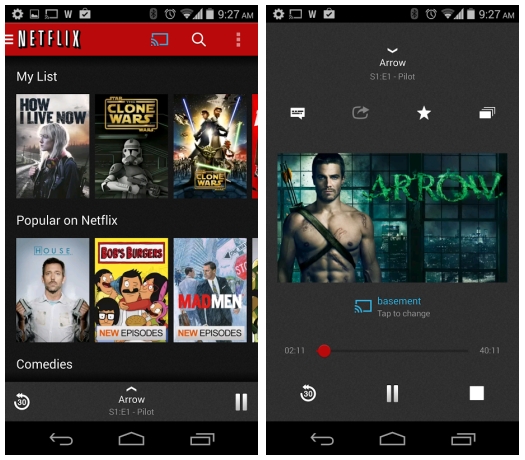 One of the most noticeable changes is that there’s a new toolbar  at the bottom of the screen which shows up while you’re browsing other videos. You can use it to pause or rewind 30 seconds or tap the up arrow button to bring up a larger menu that shows a timeline and options for closed captioning, favorites, other episodes of the series, and more.

Don’t want to figure out which video app to fire up to watch the latest news, music, comedy, or viral videos? ShowYou aims to be a sort of one-stop shop that aggregates videos from multiple sources, including your Twitter timeline and Facebook feed. 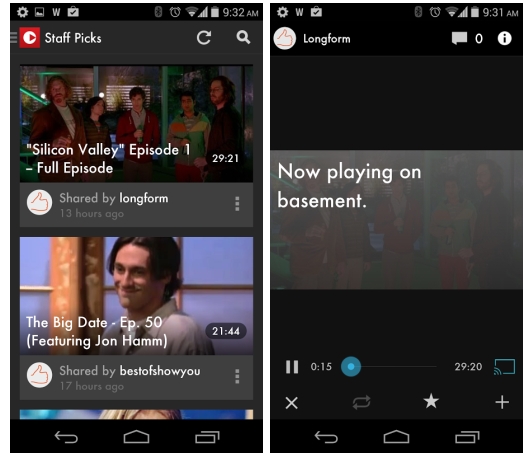 Version 1.3 of ShowYou for Android and version 5.1.1 for iOS add support for streaming videos to Chromecast.