The makers of the Blackphone want to deliver a smartphone with a strong focus on security and privacy. The phone’s hardware is kind of secondary to the security features included encrypted communications and mobile VPN service for anonymous data use.

But while the BlackPhone won’t exactly have the same top-tier specs as the latest Samsung, HTC, or LG devices, it should be powerful enough for most basic tasks.

The Blackphone was first announced in February. Now the developers are sharing more details about the phone’s specs. 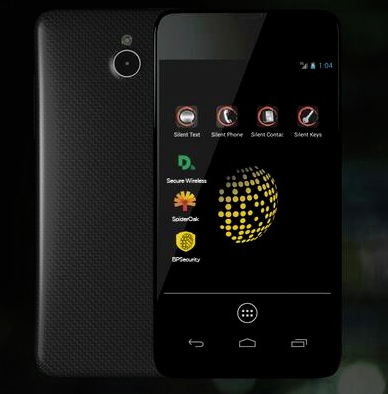 The BlackPhone BP1 will feature a 2 GHz NVIDA Tegra 4i ARM COrtex-A9 quad-core processor with 60 GPU cores and an NVIDIA i500 LTE modem.

The phone’s most notable feature is the PrivatOS operating system, which is based on Android 4.4 KitKat. it’s designed to let users make encrypted voice and video calls and send encrypted text messages. Users can also connect to the SpiderOak encrypted cloud storage service.

The BlackPhone is expected to begin shipping in June to customers who have placed pre-orders. Interestingly, the phone went up for order earlier this year for $629 and the initial batch sold out… but at the time the company hadn’t shared details about the processor. It looks like the amount of storage also shrank from 2GB to 1GB somewhere in the final design process.