The BeagleBone Black is an inexpensive computer-on-a-module that’s kind of like a cross between a Raspberry Pi and a Arduino board. You can use it as the brains of a low-power computer, or as the heart of a robot, home automation system, or other hardware project.

The first version of the BeagleBone Black launched about a year ago, but the team has had a tough time producing enough new units to keep up with demand. Now the team has announced that production is ramping up, and there’s a new model which will feature twice as much built-in storage. 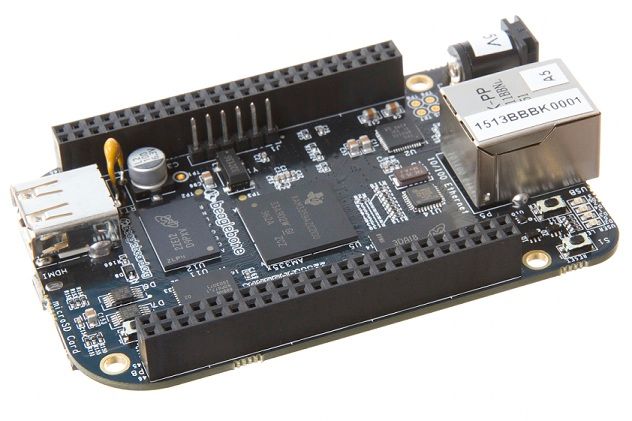 The system also has two microcontrollers, two 46-pin headers, and other I/O features that let you connect hardware for testing, prototyping, and other projects.

While the original model included 2GB of eMMC storage, the new BeagleBone Black Rev C will feature 4GB of built-in storage. Both models also have microSD card slots, but the eMMC storage is faster, and the move to double the amount of included storage will allow the developers to make another change: The Rev C board will ship with Debian Linux instead of Angstrom Linux.

Angstrom is reportedly easier for professional developers to customize, but Debian is more user-friendly, which should make the new systems a bit more attractive to less-experienced users.

The BeagleBone Black can also run Ubunu, Android, and other operating systems.

More than 147,000 BeagleBone Black units have been shipped since October, 2013 and the team says distributors currently have back-orders for about 150,000 more units. The goal is to  fill user back-orders by for the older Rev B boards by May, ship units to distributors, and start delivering the new Rev C boards in mid-May.