Amazon’s annual report is out today, and tucked away in the lengthy document are some details about the company’s achievements over the past year. Amazon has a habit of being very selective with the details it provides, so we still don’t know how many Kindle eReaders or Kindle Fire tablets were sold in the past 12 months, or how many people ordered Fire TV devices.

But Amazon is touting some successes. For instance, a million people joined the Amazon prime program in the third week of December, bringing the total number of susbcribers into the “tens of millions.” And the Amazon Appstore is now available to customers in more than 200 countries and features over 200,000 apps. 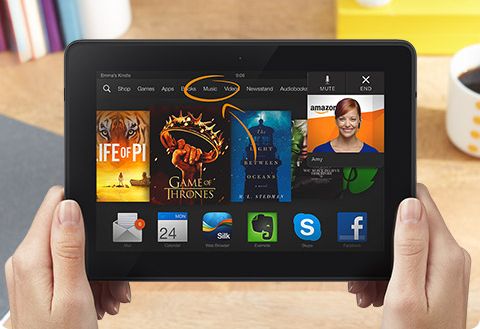 Of course, that’s still less than one fifth the number of apps available in the Google Play Store. But many of the top Android apps are available to folks using Kindle Fire tablets… or anyone who’s installed the Amazon Appstore on a non-Amazon phone or tablet (presumably in an effort to snag some of free apps Amazon promotes every day).

You can find some numbers in the report. For instance. Amazon’s net sales in 2013 came to nearly $74.5 billion, up from about $61 billion in 2012. Since Amazon sells products with razer-thin profit margins though, the company’s revenues are much, much lower — just about $20 million in 2013 and $15 million the year before.

Nevertheless, CEO Jeff Bezos is constantly pushing investment in new products and services to continue to grow the business. His focus is on long-term success rather than short-term profits, and that’s why we’re seeing Amazon take steps into delivery-by-drone with Prime Air (the company’s already working on 7th and 8th generation test units), 24/7 tech support with MayDay for Kindle Fire HDX users, and even delivery of groceries with Amazon Prime Fresh in select markets.