Chinese device maker Xiaomi appears to be working on an Android tablet with a 9.2 inch display and a Qualcomm Snapdragon 400 processor. Specs for the unannounced device showed up at the GFXBench website recently, wand a photo of the tablet is also starting to make the rounds. 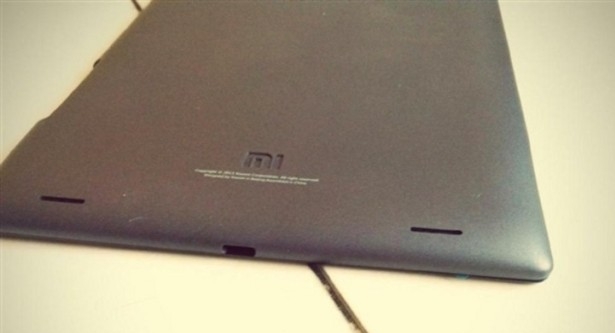 The tablet appears to feature a 1280 x 720 pixel display and Qualcomm’s quad-core ARM Cortex-A7 processor with Adreno 305 graphics. It has about 1GB of RAM, 8GB of storage, a 1.5MP front camera and a 7MP rear camera.

If those specs are accurate, it sounds like the tablet is designed to prioritize price over bleeding-edge performance. But budget tablets have come a long way in the past few years, and for the right price this could be a rather attractive device.

The rear camera does support auotofucs and HDR photo features, and the tablet apparently features WiFi, Bluetooth, GPS, and a SIM card for cellular data.

Xiaomi is known for offering high quality devices at affordable prices, and while most of those devices have been launched exclusively in China, the company is starting to branch out into other markets.