VLC is a media player that’s earned a reputation as a Swiss Army Knife thanks to its ability to handle just about any audio or video file you can throw at it. There are versions of the app for Windows, Linux, OS X, Android and iOS — and now there’s a version optimized for Windows 8.

VLC for Windows 8 is available as a free download from the Windows Store. 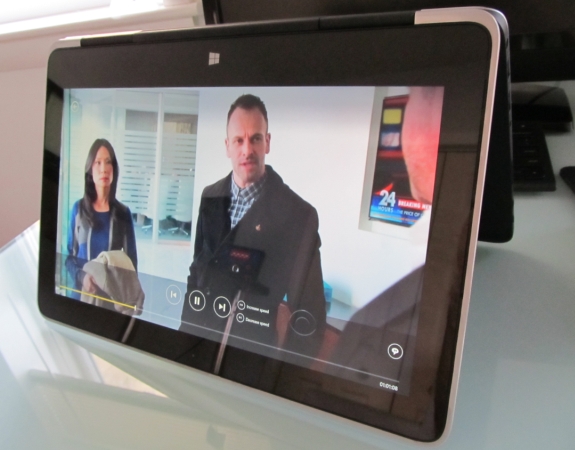 The app is still in beta, and described as an “experimental port,” which probably explains why it closes a second after I try to launch it on a Dell Venue 11 Pro tablet with an Intel Atom Bay Trail processor. But it runs pretty smoothly on a Dell XPS 12 convertible featuring an Intel Core i5 Haswell CPU.

VLC for Windows 8 supports “most” audio and video formats including files that you might not be able to play with Microsoft’s official Video app. It can handle OGG, FLAC, and MKV files, among others.

I took the app for a spin, and it did a pretty great job of streaming videos from a shared network drive — although it can be a bit sluggish and crash-prone while indexing shared drives if you add them to your Windows Video library.

The app supports gesture-based navigation, runs in full-screen, and will continue playing audio in the background while you use other apps… as long as it doesn’t crash. This is an early release. Hopefully VLC for Windows 8 will get better over time.

via The Windows Blog