Samsung has launched a new streaming music service called Milk Music. It’s free to use, doesn’t include any ads from sponsors… and it’s only available on a select group of phones.

If you have a Samsung Galaxy S III, S4, or Galaxy Note II or Note 3 you can download Milk Music from the Google Play Store. The US-only service will also support the Galaxy S5 when that phone launches in April.

And that’s about it.

Update: Samsung is ending the free ride. Soon Milk Music will be ad-supported, although customers can pay $3.99 for an ad-free experience. 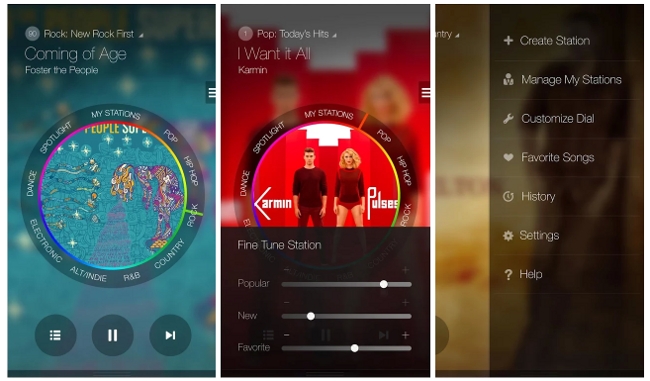 Milk Music is powered by Slacker Radio, so you could always install the Slacker app if you want access to the same library of songs on a different device. But if you want an ad-free experience with the official Slacker app, you’ll need to pay for a subscription with plans starting at $4 per month.

Samsung’s new service includes 200 radio stations, but you can build your own stations starting with a song or artist, much the way you can with Pandora and other internet radio services. And like Pandora, Milk Music will only let you skip 6 tracks per hour, so it behooves you to customize stations to your liking.

Milk Music includes a library of 13 million songs, but this is very much an online radio service rather than a music-on-demand service like Spotify or Rdio. You can’t play entire albums or choose individual songs you want to listen to.

Still, it’s a nice bonus feature for Samsung Galaxy smartphone owners who want to listen to some music for free.

On the other hand, Samsung’s promise of a “free and ad-free” experience might be a bit too good to be true. Samsung’s press release makes no mention of this, but the Google Play Store description of the app says it’ll be available ad-free “for a limited time.”

Update: Not surprisingly, it hasn’t taken hackers long to figure out how to run Milk Music on a non-Samsung phone (as long as it’s rooted and in the US).