Samsung’s Galaxy Tab 3 Lite is a 7 inch tablet which is a tiny bit cheaper and less powerful than the original Tab 3. While I can’t think of a lot of reasons to buy one rather than a more powerful tablet that costs just a little more money, Samsung may have come up with a new way to market the tablet.

The company is now offering a Samsung Galaxy Tab 3 Lite tablet for kids in China, where it sells for about $175. 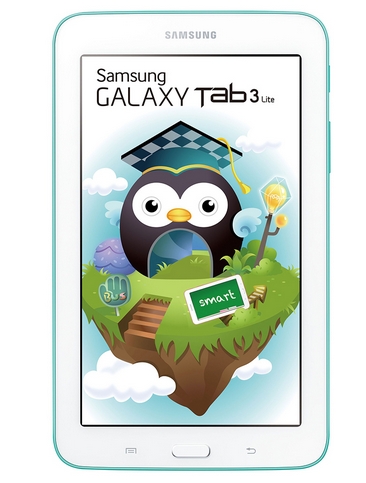 So what makes this a kid’s tablet? It’ll be available in pink or blue pastel colors and like Samsung’s Galaxy Tab 3 Kids tablet, it features Samsung’s Kid Mode software which includes a simple user interface, parental controls, and quick access to educational apps. In China the tablet will also come with a few months of access a children’s eBook subscription service.

The WiFi-only tablet should be available in China in early March. There’s no word on whether Samsung plans to offer the Galaxy Tab 3 Lite for Kids in other countries, but it looks like Samsung does plan to offer the adult version of the tablet in yellow, blue, and pink colors in at least some markets.

via Engadget Chinese and VR-Zone