At the start of 2014, it looked like “dual OS” tablets running both Android and Windows software could be the next big thing. Chip makers Intel and AMD were pushing the dual OS approach, and Asus unveiled one of the first dual OS devices, a quad-mode machine called the Transformer Book Duet that could function as a Windows or Android tablet… or a Windows or Android laptop.

Now it looks like folks who want a dual OS device might have to build one themselves. A number of reports have surfaced in the past month suggesting that neither Google nor Microsoft want PC makers to offer dual OS products… and both software makers could be exerting pressure to keep it from happening. 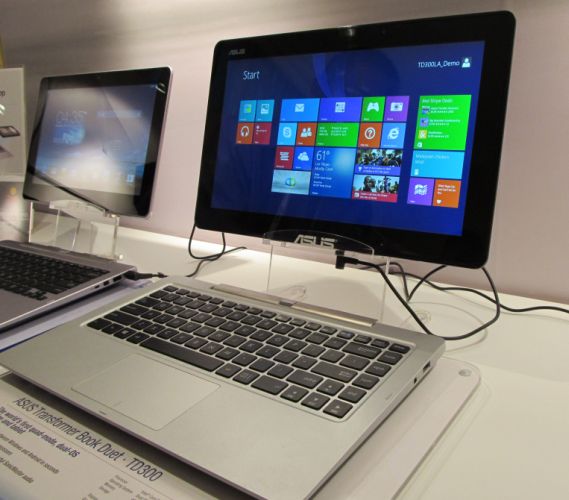 The appeal of a dual OS device is the ability to run full-blown Windows apps like Microsoft Office while accessing the million or so touch-friendly apps and games available from the Google Play Store.

But not every Android phone or tablet includes the Google Play Store. While Google releases the source code for the Android operating system, allowing anyone to install the OS on phones, tablets, notebooks, set top boxes, or just about anything else, some of the most important parts of the Android experience are closed-source. That includes the Play Store, Google Maps, YouTube, and Gmail apps. Device makers need approval from Google to include those apps and services. 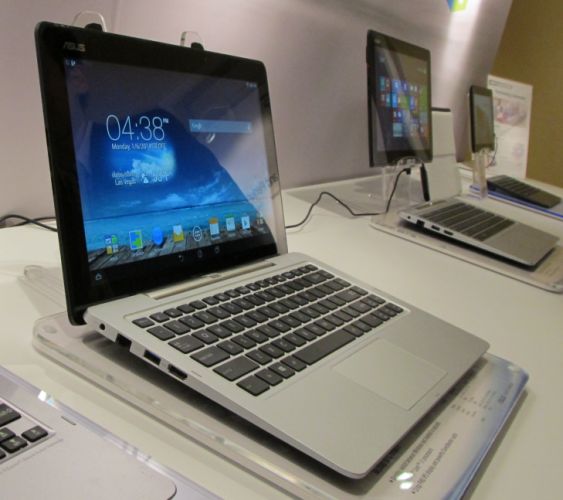 Meanwhile Microsoft can influence a PC maker’s hardware decision by offering incentives such as lower Windows licensing fees for hardware that meets certain qualifications. So if Microsoft doesn’t want dual OS devices on the market, it can make it prohibitively expensive for device makers to offer them… while Google can make dual OS devices less useful by refusing to certify products so they can use Google Mobile Services.

Reports that the software makers were pressuring PC makers to drop dual OS hardware plans started making the rounds a few weeks ago.

Now the Wall Street Journal is reporting that not only are devices that had been under development such as the Asus Transformer Book Duet threatened… according to a leaked memo, Asus is even planning to discontinue existing dual OS devices like the all-in-one Transformer P1801 desktop computer. 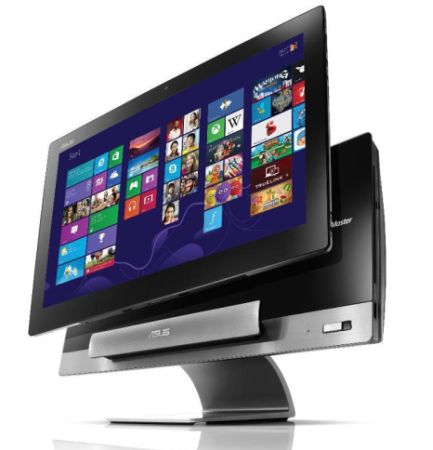 The P1801 is an 18.4 inch desktop with a removable display that can act as a standalone touchscreen tablet. While the desktop has an Intel Core i5 Ivy Bridge processor and runs Windows software, there’s an NVIDIA Tegra 3 processor and Android software in the tablet portion.

You could make the case that the tablet is a standalone device that pretty much just works like a monitor for the desktop PC… but since they’re sold as one device apparently this is exactly the type of dual OS machine that we won’t see much more of in the future.

Does this mean that dual-booting hardware is dead and gone forever? Not necessarily. A handful of companies are reportedly planning to launch smartphones that dual-boot Android and Windows Phone software… and that’s reportedly something Microsoft is cool with (presumably because Microsoft has such a small market share in the phone space that this would probably help increase adoption rather than hurt it).

Ubuntu Linux developer Canonical is also working on software that lets you dual-boot Ubuntu and Android on the same smartphone or tablet. And plenty of folks have been dual-booting Windows and Ubuntu or other Linux distributions on PCs for decades… they just typically have to install the second operating system themselves.

Meanwhile in cases where Google is the holdout, companies may have an alternative. Russian internet company Yandex offers its own alternative to Google Mobile services called Yandex.Kit. 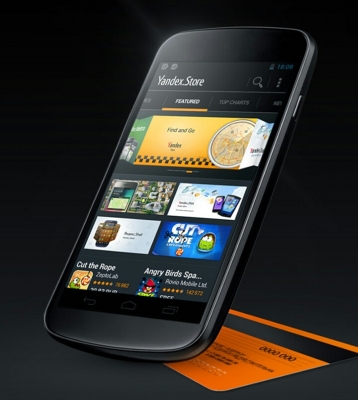 It includes an app store, maps app, and much more. While the Yandex.Store has just a fraction of the apps available in the Google Play Store, it’s an end-to-end solution that could give Google a bit of competition even on devices running Google’s own Android software.