Razer is updating its line of gaming laptops with a new model that measures just 0.7 inches thick, weighs about 4.5 pounds, and packs a 14 inch, 3200 x 1800 pixel touchscreen display.

It takes a lot of power to crank out 3D graphics to a display with that many pixels, so the new Razer Blade laptop features NVIDIA’s new GeForce GTX 870M graphics card.

Unfortunately all that power doesn’t come cheap: Prices for the new Razer Blade start at $2220. 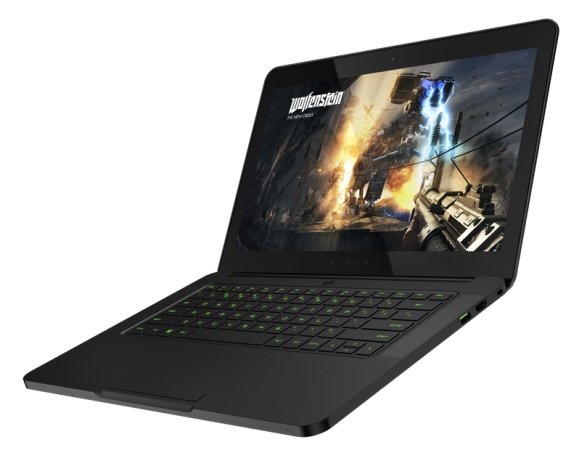 The notebook features an Intel Core i7-4702HQ quad-core processor, 8GB of RAM, and 128GB of solid state storage. You can also opt for 256GB or 512GB of you want more space.

The Razer Blade display is an IGZO/IPS screen with 262 pixels per inch and a 250 percent higher contrast ratio than the screens on earlier Razer Blade models.