Chinese device maker Ramos is adding a few new 10 inch tablets to its lineup. The Ramos i10 Pro is designed to dual boot Windows 8.1 and Google Android 4.2 Jelly Bean software (even if Microsoft and Google disapprove), while the Ramos i10 Note is a Windows tablet with support for pen input.

Both will launch initially in China, but if they’re anything like other Ramos tablets it probably won’t be long before you can order one overseas from AliExpress or other reseller sites. 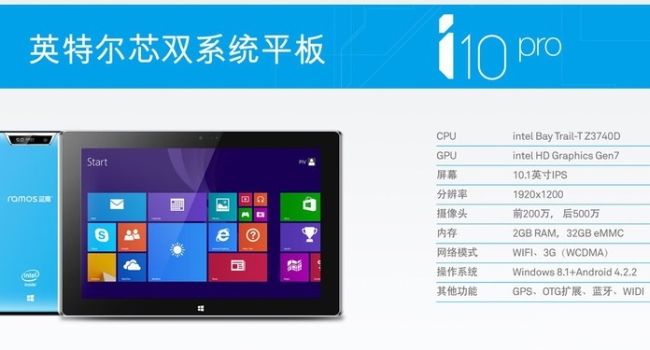 The Ramos i10 Note has the same processor, memory and storage, but it only runs Windows 8.1 software and features a lower-resolution 1280 x 800 pixel display. It supports pen input.

Other new models include the Ramos i10s which is basically an Android-only version of the i10 Pro with 16GB of storage, and the Ramos i8 Pro 8 inch Windows tablet we heard about in February.