OnePlus is continuing to gradually reveal specs for its upcoming smartphone. We already knew the OnePlus One would have a Qualcomm Snapdragon 800 CPU and a 3100mAh battery. Now we also know it’ll have a 5.5 inch display.

Think that’ll make the phone too big? Well it turns out OnePlus is promising it’ll actually be smaller than the Sony Xperia Z1, a phone with a 5 inch display.

In fact the company posted a teaser photo of an Xperia Z1, claiming that a OnePlus One is hiding underneath. 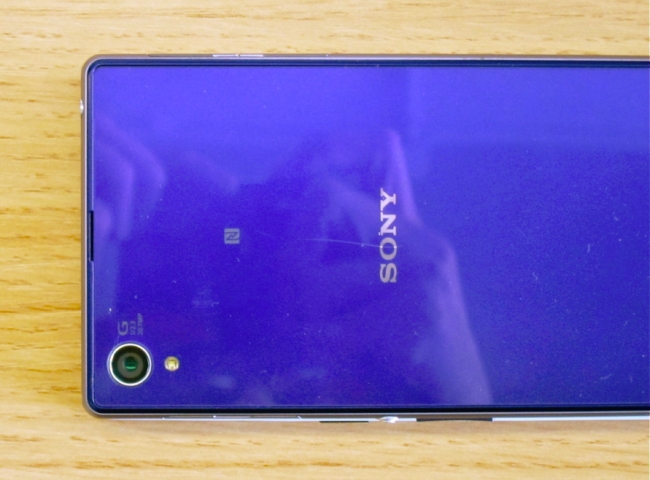 The phone will have a 1920 x 1080 pixel display from Japan Display Inc, and it’ll feature a TOL (Touch On Lens) module so that there’s pretty much no space between the display panel and touch sensor.

According to OnePlus founder Pete Lau, the company considered using a 5 inch display, but decided instead to include a larger screen but squeeze it into a case the size of a smaller phone to get the best of both worlds. He says the OnePlus One has “one of the best screen/front space ratios on the market” and features a slim case and tapered edges.

The company also ruled out a 2560 x 1440 pixel or higher resolution display, claiming it would use at least 35 percent more power than a 1080p screen while offering no visible benefit on a 5.5 inch screen.

The OnePlus One will run CyanogenMod software when it launches in the second quarter of 2014, and it’s expected to be available in at least 10 countries at launch. It’s a GSM phone that’ll support AT&T and T-Mobile’s 4G networks in the United States.

It’s expected to come in 16GB and 64GB versions, while details about the memory, camera, and other features are yet to come.

Update: The OnePlus One will also feature Moto X-style “always listening” voice action support, allowing you to wake up your phone without touching the screen by speaking a command.

Update 2: The phone will also have a Sony 13MP camera that can shoot 4K video or 120 frames per second video at lower resolutions. 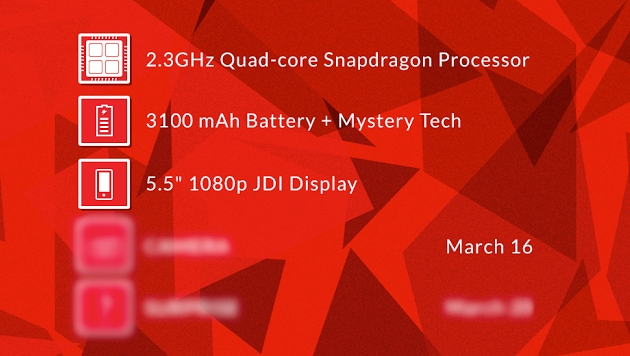