The rise of the MP3 in the 90s may have brought digital music into the internet age, and the launch of the iPod line of media players made it cool to carry around thousands of songs in your pocket (I know it was hardly the first portable MP3 player, but it was certainly the most iconic).

But for years audiophiles have been complaining about the lousy sound quality of MP3. Musician Neil Young has decided to do something about it. He’s put his weight behind a new high-end portable music player and digital music store called the PonoPlayer and PonoMusic.

The PonoPlayer goes up for pre-order for $399 with a Kickstarter campaign launching March 12th.

Update: The Kickstarter page is now live, and if you order one during the campaign you can reserve a PonoPlayer for $300. It should ship in October. 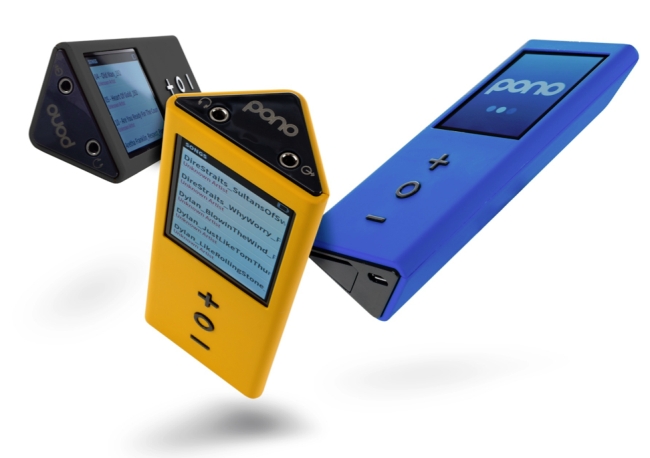 More importantly, while MP3 files use digital compression technology to save space, the PonoPlayer is designed to play music encoded in  the FLAC (Free Lossless Audio Codec) that allows for higher quality audio. You’ll be able to purchased and download DRM-free music from the PonoMusic website.

The PonoPlayer features a touchscreen display, physical buttons, and 128GB of storage — which is reportedly enough to store between 100 and 500 high-resolution music albums. There’s also support for removable memory cards which you can use to store music and playlists.

While there’s probably a relatively limited audience for this type of device in an era when millions of people carry portable MP3 players called “smartphones” in their pockets, the PonoPlayer could actually make a bit of a splash in the audiophile space.

Right now you have to pay around $1000 and up to get your hands on a truly purpose-built, high quality music player. That makes the $399 price tag of the PonoPlayer actually look kind of reasonable… assuming the prices for music are also reasonable (and that there’s support for adding your existing music to your PonoPlayer library).

via The Verge and Pitchfork