Microsoft is launching a new version of Office for tablets… and it has nothing to do with the company’s Surface tablet. Office for iPad is a totally new version of Word, PowerPoint, and Excel designed specifically for Apple’s tablets.

It’s available as a free download from the App Store — but the free version only lets you view and present documents. If you want to create and edit apps on an iPad you’ll need to subscribe to Office 365. 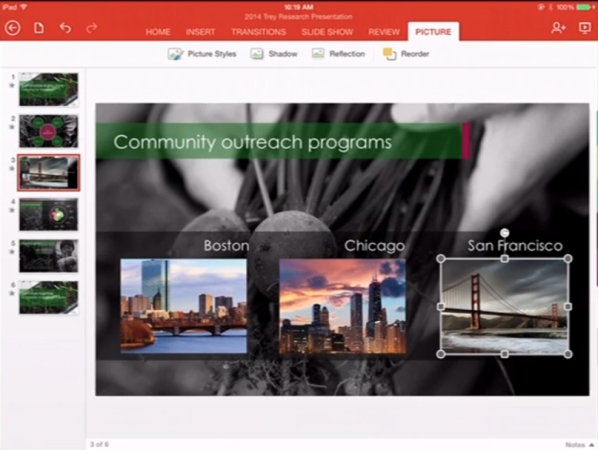 That makes Office for iPad a great deal for existing Office 365 subscribers, since it’s a free add-on. But if you aren’t already paying for the subscription version of Office, you’ll have to pony up $10 per month or $100 per year to edit documents using Office on your iPad.

Or you can use Apple’s iWork suite for iPad for free or try any of the other office suites for iOS. While Microsoft Office is still king of the desktop office suites, Microsoft is actually kind of late to the iPad office suite space.

Microsoft says it’s committing to make Office available across all devices including desktop, web, and tablets.

2 replies on “Microsoft launches Office for iPad for free(ish)”