A few years ago BlackBerry was working on a TV box to compete with the Apple TV, Roku, and other devices that bring internet video to your TV. It was code-named “Cyclone,” and apparently BlackBerry got as far as producing some prototypes… but the project was canceled before the BlackBerry Cyclone ever went on sale.

But a few units seem to made it into the wild, giving us a look at the BlackBerry TV box that never made it to market. 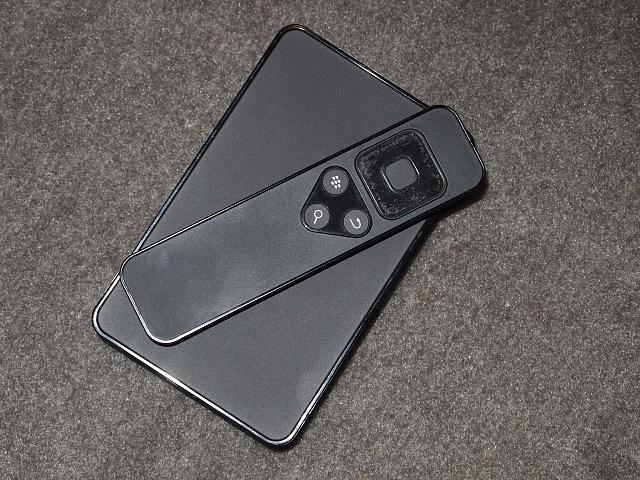 CrackBerry forum member isaac708 picked up a box of server equipment from BlackBerry liquidator, and found 10 Cyclone units at the bottom of the box, along with 5 remote controls. Since the boxes only work if you have a remote, that means there are only got about 5 working units.

Isaac708 is selling another on eBay.

The box features HDMI and USB ports, connects to the internet over a WiFi connection, supports a wireless remote with search, back, and BlackBerry buttons, and runs apps including YouTube, Slacker Radio, TuneIn Radio, and CNN.

BlackBerry never released this box and at this point it seems unlikely that the company ever will — so if you do decide to spend an arm and a leg to pick one up on eBay, don’t expect any software updates. But if BlackBerry had actually brought the Cyclone to market a few years ago it would have gone head-to-head with the Apple TV, Google TV, Roku, and other media streaming devices in a pre-Chromecast world.

Instead it’s confined to the bin of products that were discontinued before their time, such as the ill-fated HP TouchPad Go 7 inch tablet and Palm Foleo netbook-style smartphone companion.

One reply on “Meet the never-released BlackBerry Cyclone TV box”