Lumgon plans to launch the phone in Denmark in the second quarter of 2014 for 730 Euros, or about $1000 including tax.

But despite the premium materials (there’s even a limited edition model with 24-carat gold), for the most part the Lumigon T2 HD actually has the specs of a mid-range phone. 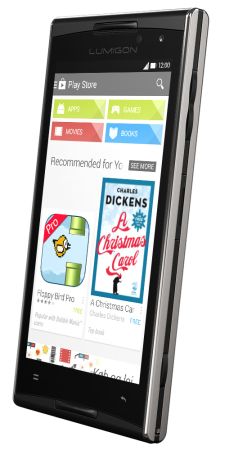 It features WiFi, Bluetooth, NFC, GPS, FM radio, and LTE support and has an IR blaster for use as a TV remote control.

Probably the most distinctive specs include up to 128GB of built-in storage, a 13MP rear camera and a 2.4MP front-facing camera with a front-facing flash. The phone also features Bang & Olufsen ICEpower audio.

There’s also an ActionKey which you can assign to a user-defined function to create, for instance, a one-click flashlight. 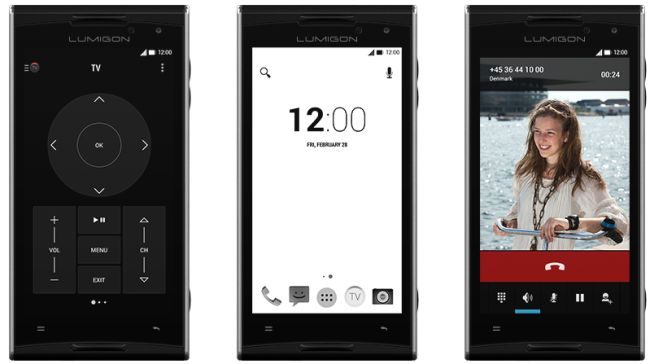 Lumigon also includes a few special software features including the ability to switch a call to speakerphone just by laying the phone flat on a table while in a call, a universal remote app, and a high-contrast “Sunlight mode” for use outdoors.

The Lumigon T2 HD is certainly a nice looking phone. But there are plenty of nice looking phones that sell for a lot less money. Still, there must be a market for luxury smartphones or companies wouldn’t keep making them… would they?