NVIDIA GameStream is a service that lets you stream PC games to an NVIDIA Shield handheld console. Just install the games on a desktop or notebook PC with a supported NVIDIA video cards, make sure the PC is turned on and connected to the internet, and you can stream that game to your Shield to play PC games without a PC.

A while ago developer Cameron Gutman reverse engineered GameStream and released an app called Limelight which lets you play NVIDIA GameStream titles on Android phones or tablets with a recent Tegra, Exynos, Snapdragon, or Rockchip processor.

Now another developer named Will Hauck has gone one step further, adding support for on-screen controls so that you can stream games to an Android phone or tablet and play without plugging in an external controller. 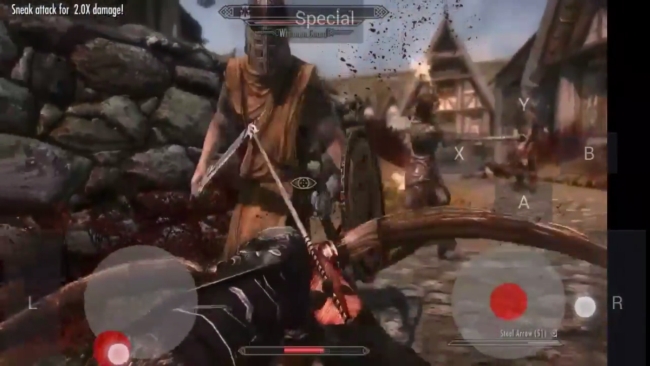 Hauck hasn’t released his app to the public yet, but he’s posted a YouTube video showing Limelight with on-screen controls in action. He says he’ll polish the app and released it if enough people express interest.

You can download the latest version of Limelight (without on-screen controls) from the Play Store, read more about the project at the xda-developers forum, or check out the source code at Github.

You’ll need a PC with an NVIDIA GeForce GTX 600 or later graphics card, the Steam game client, a fast WiFi router, and at this point you’re going to get the best performance with a wired or wireless game controller like an Xbox or PlayStaiton controller. But you might be able to cross that last requirement off the list soon.

NVIDA recently announced new features for GameStream, including the ability to stream games from a PC even when you’re not connected to the same network. In other words, connect to the internet on the go and wake up your home PC and you can use it to stream PC games over the internet to a Shield game console. There’s no word on whether that feature will be coming to Limelight anytime soon.