Google has promised that the Chromecast would be available in more countries within weeks… and it looks like one of those countries will be the UK.

An employee at UK retailer Currys/PCWorld posted a photo on Twitter showing a box of Chromecast media streaming devices that showed up at his store in advance of the official launch. 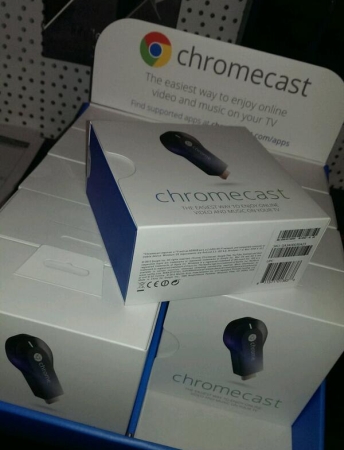