Google Play Games is a service that developers can use to let gamers play against one another over the internet, save game data to the cloud, and track achievements.

Up until now, you’d needed an Android device to take advantage of all the features of Google Play Games. Now Google wants developers to integrate the service with iOS apps — which means you’d be able to pick up an Android phone or tablet and start a multiplayer game with your friends who are using iPhones or iPads. 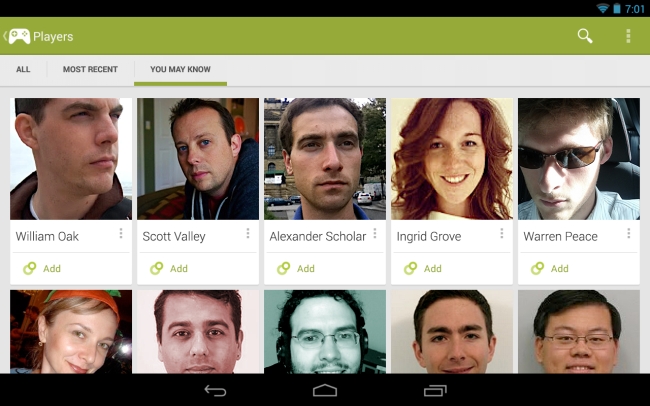 Google Play Games was already sort of available for iOS, allowing developers to use Google’s cloud services for score leaderboards and achievement tracking. But support for cross-platform, multiplayer gaming is new.

It’s up to developers to enable the new feature, so just because a game is available for both Android and iOS doesn’t mean it’ll support cross-platform multiplayer gaming. But now that developers at least have that option, we’re one step closer to the point where it doesn’t really matter that much what mobile operating system you’re using… what matters is what apps you’ve running.

Google’s cloud services might not be the only cross-platform service for long. According to The Verge, Microsoft plans to bring Xbox Live support to Android and iOS as well.

Other changes in Google Play Games include support for “game gifts,” which allows users to buy in-game virtual items and send them to other players and some developer-centric features including better advertising analytics.