The VLC media player may be coming to Windows Phone… eventually. Developer Thomas Nigro has posted a screenshot of a work-in-progress version of the popular app designed to run on Microsoft’s mobile operating system, but he says it’s too soon to say if or when the app will be available to the public. 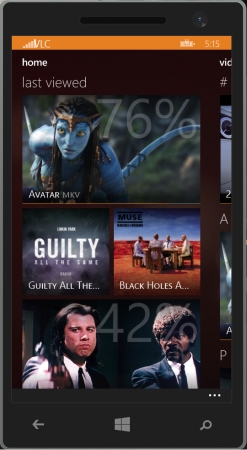 VLC is a cross-platform media player that supports a wide range of audio and video formats. There are versions available for Windows, OS X, Linux, iOS, Android, and other operating systems. Recently the first beta of a Windows 8 app hit the Windows Store.

The Windows Phone version seems to combine some of the features of the iOS and Windows 8 apps, offering a tile-based user interface along with an orange toolbar.

Nigro says the new app will require Windows Phone 8.1, which means it certainly won’t be released until the next update to Microsoft’s smartphone OS goes live… which could happen as soon as next week’s MS Build conference.