Google’s $35 media streaming device continues to get more useful. When the Chromecast launched in mid-2013, it allowed users to watch content from a handful of internet video sites on a TV. Now there are dozens of apps with Chromecast support, and since Google launched its official SDK the growth of Chromecast apps has accelerated.

4 of the newest members of the Chromecast family are Vudu, Crackle, Rdio,and PlayOn. 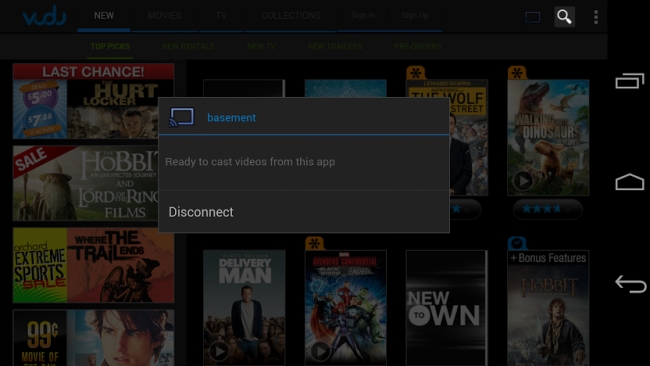 Vudu is an internet movie and TV service that lets you rent or purchase titles and stream them to a mobile device, computer, or smart TV.

The company rolled out an update to its Android app recently, adding support for Chromecast. Just fire up Vudu on your phone or tablet, start watching a video, and tap the Chromecast icon to connect to your TV and stream video to your television.

While the release notes for the latest Vudu app for iOS don’t mention Chromecast support, users are starting to report that Vudu for iOS also now supports Google’s media streamer. 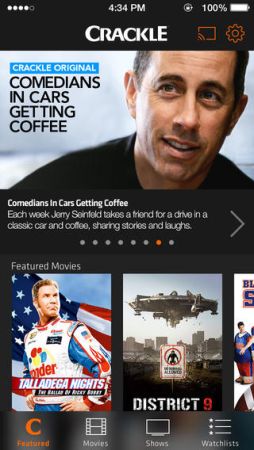 The Crackle app for Android is available for free from the Google Play Store and you can grab the iOS version from the App Store.

Subscription music service Rdio is also now available for Chromecast. Pay $10 per month, get access to millions of songs on your phone, tablet, or PC… and now you can stream them to your TV using a Chromecast and Rdio’s apps for iPhone, iPad, Android, Chrome, and Windows.

While many apps designed to work with Chromecast stream content straight from the internet to your TV, PlayOn takes a more roundabout approach.

You need to install the PlayOn application on your PC first and then internet video is directed to your PC, transcoded into a format your Chromecast can handle, and sent to your TV. That means you’ll need to keep your PC running the whole time you’re using PlayOn with your Chromecast.

Why would you want to do that? Because PlayOn enables support for more than 60 online video services — including services that wouldn’t otherwise be available on a Chromecast (or which you’d have to pay extra to use).

For instance, you can use the free version of Hulu with PlayOn instead of paying the $7.99 per month for Hulu Plus that you’d normally have to pay to stream from the online TV and movie site to a Chromecast or mobile device. Other supported channels include Amazon Instant Video, EPSN, Comedy Central, Adult Swim, SyFy, and… Vudu (which you probably don’t need anymore).

The company charges a one-time fee to use the PlayOn service. You can also purchase a related app called PlayLater which is sort of a DVR for online video, allowing you to record online videos to watch later. This could come in handy if you want to save a Netflix video before it expires, if you have a slow internet connection and don’t want to deal with buffering issues, or if you want to watch later when you may not have an internet connection.

PlayOn started showing off a Chromecast demo in September, but that was before Google’s SDK was available.

Now the team is offering a public beta of its upcoming app with full support for Chromecast.