Google’s Chrome Remote Desktop add-on lets you remote control any PC with the Chrome web browser from another computer running Chrome. But up until now if you’ve wanted to remote control a PC from a mobile device like a phone or tablet, you’ve needed to look elsewhere.

That could soon change. Google’s been working on an Android version of Chrome Remote Desktop since last summer, and it looks like developers are getting ready to offer it through the Google Play Store. 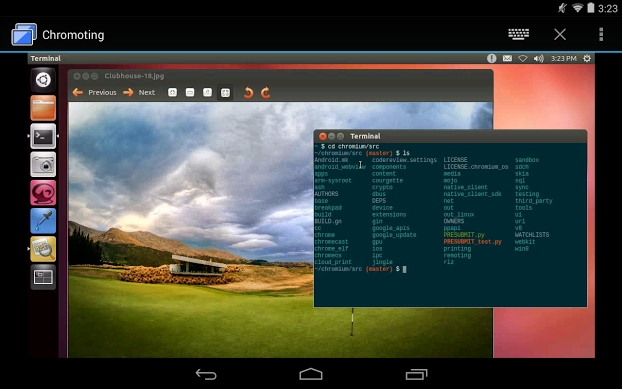 The folks at Chrome Story found a code commit that shows Google is getting ready to submit the app to the Play Store, where it’ll be available for anyone to install on a supported Android phone or tablet.

In order to use the app to remote control a desktop or notebook computer you’ll need to have the Chrome web browser and Chrome Remote Desktop installed and configured. Then you’ll be able to open the Android app, view a list of available computers linked to your account, and remotely login and control them.

This could come in handy if you want to access files on your desktop when you’re away from your home or office, when you want to run the full desktop versions of apps like web browsers of Office suites, or even if you want to view content that might not otherwise be available on a mobile device such as the free version of video-streaming service Hulu (although audio and video quality will likely be highly dependent on your device’s processing power and your internet connection).

If you want to get a sense of what the app looks like, Chrome Story compiled a pre-release built of the app and took it for a spin last year.

Update: Google’s François Beaufort has posted more details, including a list of supports gestures including a few that might not be obvious, such as three-finger taps for middle-click, and three-finger swipe-up to reveal the virtual keyboard.