Google’s Android operating system is open source, but some of the key apps on most Android phones are not. Phone makers and software developers have to jump through a series of hoops if they want to include the Google Play Store, Gmail, Google Maps, and other Google apps.

Now there’s another alternative though. Russian search company Yandex is offering manufacturers an alternative to Google Play Services. It’s called Yandex.Kit, and it includes an app store and key apps including maps, mail, and search. 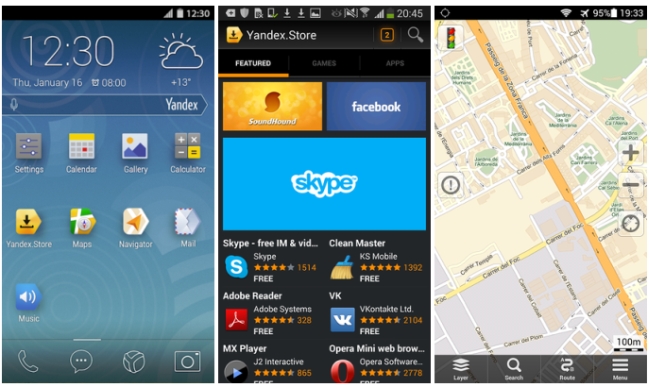 Yandex is positioning the platform as an alternative for small or mid-sized device makers who want to use Android, but who want an alternative to Google Play Services for one reason or another.

While the software included in Yandex.Kit might not be quite as extensive as Google’s own services (the Play Store has a million apps, the Yandex store has 100,000), it’s still a more complete solution than you’d get on most Android devices that ship without Google Play certification.

Among other things, the kit includes:

Yandex.Kit is available for free to device makers, but Yandex takes a 30 percent cut of revenue from apps sold through its app store.

2 replies on “Yandex.Kit offers an alternative to Google Play Services”