Chinese smartphone maker Xiaomi has generated a lot of buzz over the past few years by offering high quality phones at low prices and by developing a custom version of Android that has an awful lot of polish, but which remains compatible with Google’s apps and services.

But up until now if you wanted to get your hands on a Xiaomi phone, you’ve needed to be in China. That’s about to change. 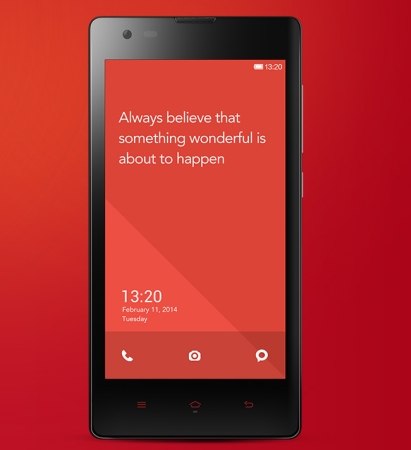 There aren’t a lot of other details at the moment, but the company says the Redmi products were originally called Hongmi, which suggests the first models could be the same as the $130 “Red Rice” phone that launched in China last year.

The photo on the Redmi website also bears a striking resemblance to that phone, which sports a 4.7 inch, 1280 x 720 pixel display, a 1.5 GHz MediaTek quad-core processor, 1GB of RAM, 4GB of storage, and an 8MP camera.

Xiaomi describes Redmi as a “line of high-performance products” with affordable prices.

While Singapore is Xiaomi’s first step outside of China, it likely won’t be the company’s last. Xiaomi hired Hugo Barra away from Google last year as part of an effort to transform the company into an international business.