Most major US wireless carriers charge $50 or more for talk, text, and data plans. UppWireless charges as little as $15 per month.

You can even bring your own phone and pay just $10 for a SIM card. 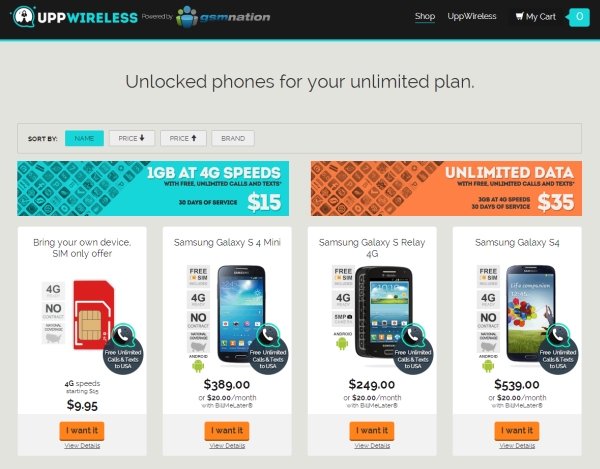 The company’s secret is that it’s actually a data-only service. Phone calls and text messages are routed over the internet using a mobile data network, or preferably WiFi whenever it’s available.

In other words, UppWireless is a lot like Republic Wireless, another company that relies on WiFi when possible in order to offer cheap data service when it’s not.

There are a few things that make UppWireless different though.

The coverage map looks pretty good if you live in a major metropolitan area or on the East or West Coast. It looks less good for folks in less populated areas.

But the prices are hard to beat. For $15 per month you get unlimited talk and text in the US and Canada and 1GB of data at 4G speeds.

$35 per month gets you 3GB of data at 4G speeds, after which you’ll be throttled down to slower internet connection speeds. And for $55 per month you can get an “unlimited” plan with 5GB of high-speed data.

All you need to do is take the risk that you can get by with internet-only service and VoIP calling and messaging.

22 replies on “UppWireless offers cellular plans for $15 and up”