Samsung is adding two new processors to its Exynos family. The Samsung Exynos 5422 is an updated, faster version of the Exynos 5420 octa-core processor, while the new Exynos 5260 is the company’s first hexa-core chip (and likely the processor used in the Samsung Galaxy Note 3 Neo). 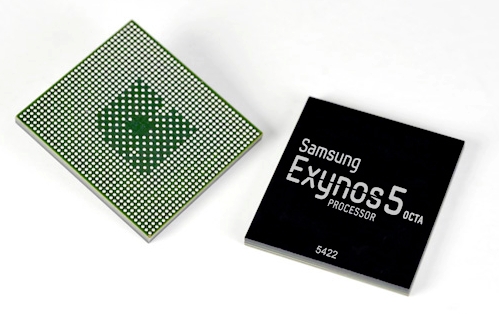 Unlike some of Samsung’s earlier big.LITTLE chips, though, the new processors use heterogenous multi-processing (HMP) tech so that you can fire all the CPU cores at once. That means the octa-core Exynos 5422 really works as an 8-core chip when necessary, but it can use 4 cores or fewer to save power at other times. 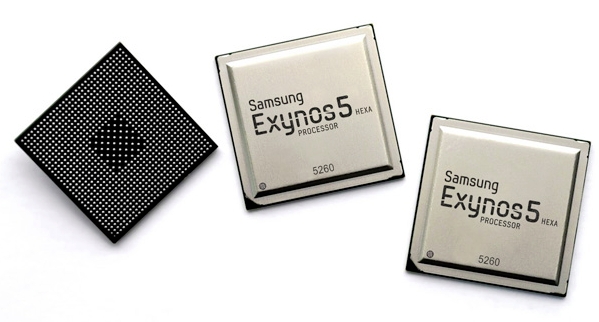 While the 6-core chip doesn’t have quite as much power as Samsung’s octa-core processors, the company says that thanks to HMP technology it can determine the right number of CPU cores to fire up for different tasks, offering up to a 42 percent boost over Samsung Exynos dual-core chips.

The hexa-core chip can handle display resolutions up to 2560 x 1600 pixels and supports 1080p video playback at 60 frames per second.

While the Galaxy Note 3 Neo appears to be the first device to ship with Samsung’s new 6-core CPU, it looks like the Galaxy S5 smartphone may be the first model to feature the Exynos 5422 octa-core chip… but only in select markets. Most versions of that phone will likely ship with a Qualcomm Snapdragon 801 processor.