Perusing the specs for the latest Firefox OS smartphones, tablets, and reference designs, it’s pretty clear that Mozilla isn’t trying to dislodge Apple or Samsung from their thrones at the top of the high-end superphone space. Instead Mozilla is aiming low, trying to bring smartphone capabilities to folks in markets where high-priced phones may not be an option for many people.

Soon Mozilla may aim even lower. Mozilla is hoping to see smartphones sell for as little as $25 soon. 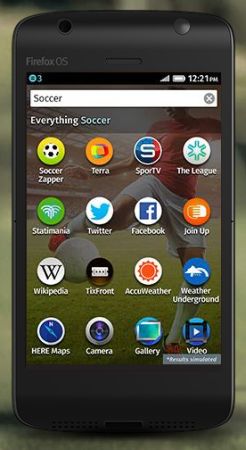 Mozilla is working with Spreadtrum to bring Firefox OS to phones with the Chinese chip maker’s low-cost processors. This could help make the phones more attractive in India, Indonesia, and other areas where low-cost phones rule the marketplace.

While you may not be able to run bleeding-edge games on a smartphone that sells for $25 to $50, Firefox OS is designed to bring access to web browsers and HTML5 based apps including email, chat, and social media apps, news apps, productivity software, and other basic apps and services that might not be available on old-school dumphones or feature phones.

2 replies on “Mozilla envisions a future with $25 smartphones”