As expected, Asus is launching a new phone/tablet hybrid in Taiwan. The Asus Padfone Infinity Lite is a 5 inch smartphone designed to slide into a 10 inch tablet dock when you want a bigger screen and a bigger battery.

VR Zone reports the specs are nearly identical to those for the latest Padfone Infinity. The biggest difference is that the Padfone Infinity Lite has a slower processor. 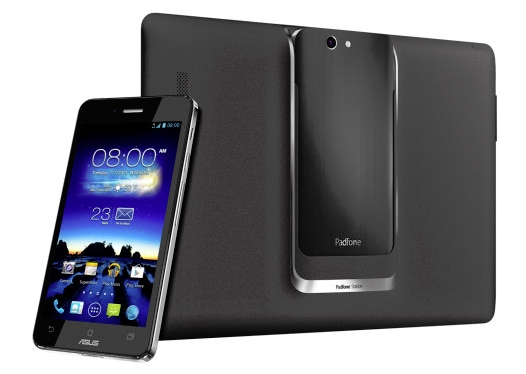 While the Padfone Infinity has a 2.3 GHz Qualcomm Snapdragon 800 CPU, the Lite edition has a 1.7 GHz Snapdragon 600 CPU.

The phone has a 2400mAh battery while the tablet dock has a 5000mAh battery of its own. That lets you recharge your phone while it’s connected to the tablet, or just get extra run time when using both devices together.

Asus plans to sell the phone and tablet dock together for about $700. Unfortunately there’s no word on whether this model will be available outside of Taiwan.