MediaTek plans to be one of the first companies to ship a processor based on ARM’s next Cortex-17 design. The company is also touting upcoming MediaTek MT6595 as the first octa-core processor with built-in 4G LTE support and support for Ultra HD H.265 video.

You might be able to find the new chip in phones, tablets, and other devices in the second half of 2014. 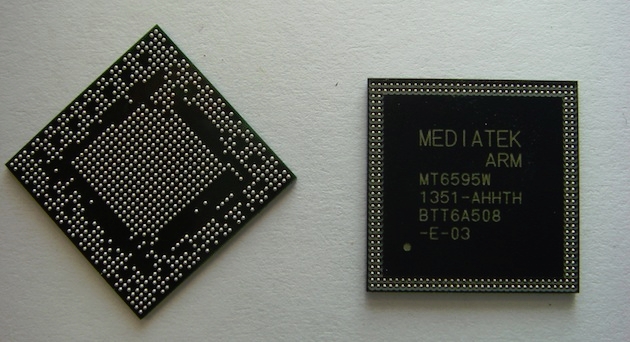 The MediaTek MT6595 features 4 ARM Cortex-A17 processor cores and 4 lower-power ARM Cortex-A7 cores arranged using ARM’s big.LITTLE technology. This allows a device to use the high performance components when it needs the extra power, but switch to low power CPU cores to save battery life during normal use.

The processor also features PowerVR Series6 graphics, support for Ultra HD 4K video recording and playback, and 24-bit, 192 kHz audio playback. It’s designed to work with displays up to 2560 x 1600 pixels and cameras that can capture up to 20MP images.

MediaTek says this is also its first chip to support 802.11ac WiFi.