LG’s latest smartphone is going to be big… and by big, I mean it’ll have a 5.9 inch display. The LG G Pro 2 will also have some of the best specs available, although it joins a sea of other phones with 1080p displays and Qualcomm Snapdragon 800 processors.

It’s hard to make a superphone that stands out these days, although that’s not keeping anyone from trying. 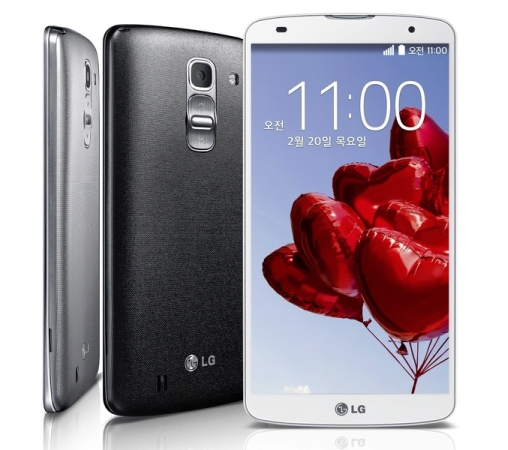 Other features include 3GB of RAM, up to 32GB of storage, a microSd card slot, a 13MP rear camera, 2.1MP front camera, a removable 3200mAh battery, and Android 4.4 KitKat software.

The phone features 802.11ac WiFi, Bluetooth 4.0, NFC, LTE and HSPA+ connectivity, and has a SlimPort for video output.