Huawei is getting ready to launch its first phone with Firefox OS. It’s called the Ascend II Y300 and the Chinese phone maker was showing off a demo at the Consumer Electronics Show in January.

I didn’t notice the phone on the show floor, but Adam Kovacs at Tech2.hu got a chance to check it out. It’s not exactly a looker… or a particularly powerful device. But like other Firefox OS devices from Alcatel and ZTE the Huawei Ascend II Y300 isn’t supposed to be a powerhouse. It’s a low-cost device aimed at developing markets. 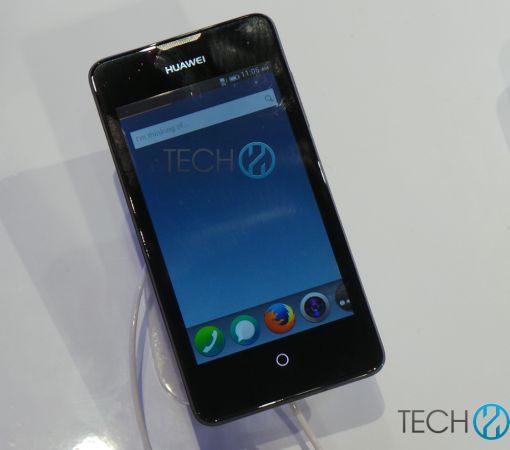 The phone has a 5MP rear camera and 0.3MP front-facing camera and a 1730mAh battery. It features 802.11n WiFi, Bluetooth 2.1, and works with GSM, EDGE, and UMTS networks. The demo version was running Firefox OS 1.1 software.

Firefox OS is a smartphone operating system designed to run web apps written using HTML5 and other web technologies. It’s developed by the folks at Mozilla, the group behind the open source Firefox web browser. Mozilla positions Firefox OS as an open, customizable alternative to Android and other operating systems, allowing device makers and wireless carriers to have more control over the products they offer (rather than ceding some of that control to Google, Apple, BlackBerry, or Microsoft).

At this point Firefox OS is still a relatively young platform with a limited selection of apps, a pretty simple user interface, and a limited feature set. So while it can run on high-end handsets, Mozilla’s strategy has involved targeting developing markets with low-cost phones. That market’s not already saturated, which means there could be room for a new OS to compete.