Chinese device maker Huawei is launching new tablets with 7 and 8 inch displays. The 8 inch Huawei MediaPad M1 has a lower-resolution display, but both tablets are notable because they’re just as much big phones as tablets, thanks to its support for SMS and voice calling capabilities.

The MediaPad X1 is a pretty nice looking 7 inch tablet that was actually introduced in January… but now Huawei is confirming that it’ll be available outside of China. 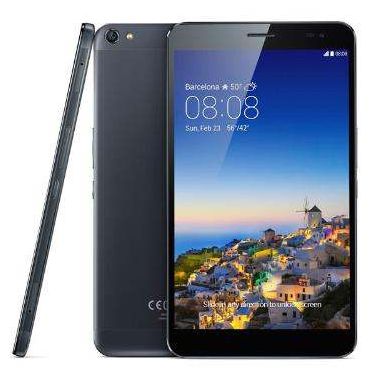 It has a 5000mAH battery, a 5MP front-facing camera and 13MP Sony Exmor rear camera and supports voice-activated, hands-free image capture, among other things.

Huawei says the tablet is already available in China, and it’ll launch in Western Europe, the Middle East, Japan, Latin America, and Russiah in March.

It weighs 11.6 ounces, measures 0.31 inches thick, and has an aluminum body. The tablet has a 5MP rear camera and 1MP front-facing camera.

What sets this tablet apart from most 8 inch models is that not only does it support 4G LTE data networks, you can also use the tablet to make phone calls or send and receive SMS messages. You can also use it as a mobile hotspot.