Google is taking another step toward improving security on Android devices. The company already scans apps submitted to the Google Play store for known malware, and offers users the option of scanning apps when you install them on your device.

But what if you install an app that Google later discovers contains malware? Soon you’ll be able to scan for that too. 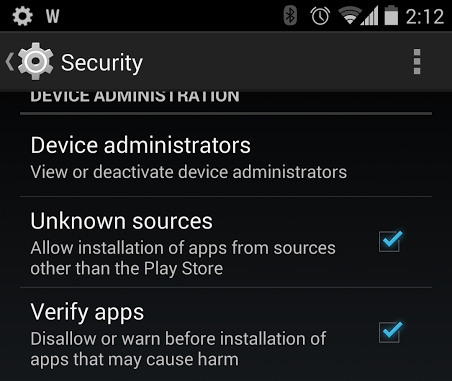 Computer World reports Google plans to roll out an update to pretty much everyone running Android 2.3 or later in the coming weeks and months. It’ll allow you to scan for harmful apps on a continuous basis.

As long as the “verify apps” option is enabled, your phone or tablet won’t just look for problems when you’re installing a new app — it’ll let you know if there are problems with an app you’re already running.

It’ll also help you discover if there are problems with apps you installed before Google rolled out the Verify Apps feature of with apps that might have been installed without your knowledge (perhaps you loaned your phone to your kid, for instance).

In other words, Google’s giving you one less reason to install a third-party anti-malware app.