Google is getting ready to step up security in its Chrome web browser by preventing most Windows users from installing browser extensions unless they’re downloaded from the Chrome Web Store.

We already knew the change was coming, but Google is going one step further and actually disabling extensions you’ve already installed if they’re not hosted in the Web Store. 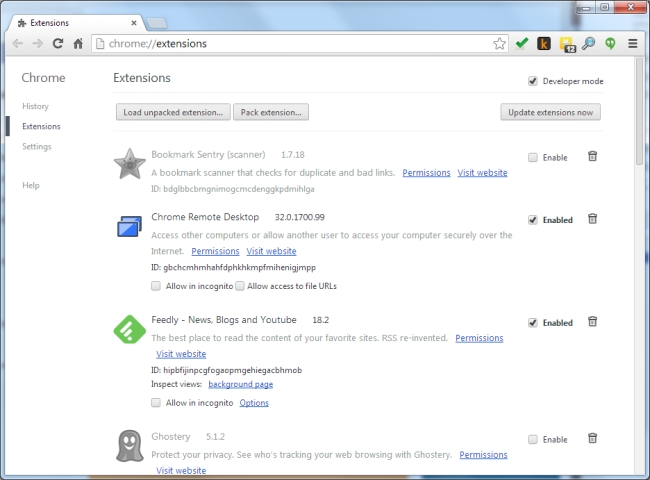 Google says the move will help protect users from installing malware — and if the browser automatically disables any of your plugins after you upgrade to Chrome 33, you’ll see a “Suspcious Extensions Disabled” notification.

That’ll let businesses deploy custom plugins to a group of devices or allow developers to test their apps before uploading them to the Chrome Web Store. But it also provides a way for users who value freedom of choice over Google’s offer to protect them from malware to install apps from outside the walled garden.

The change won’t affect folks who use OS X or Linux.