Get ready for an influx of apps designed to work with Google’s Chromecast. Google is releasing the Google Cast SDK which lets anyone develop Android, iOS, or web apps that can stream content to a TV when connected to the $35 HDMI stick. 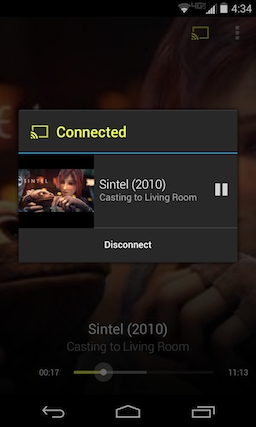 Google positioned the Chromecast as an inexpensive device that lets you stream media to your TV while using your phone, tablet, or PC as a remote control. Plug in the Chromecast, fire up YouTube or Netflix on your mobile device, and you can stream videos to your TV with a few taps.

Up until now only a handful of apps were officially supported, including Netflix, Hulu Plus, YouTube, Google Play Movies, HBO Go, and Pandora. With the launch of an official SDK, it’s likely we’ll see many more apps added to that list.

Some might even use the hardware in unexpected ways. We’ve already seen unofficial apps that let you stream video from unsupported sites by routing it through a PC, stream any video from your PC to a TV, and access content from your phone’s local storage. Heck, there’s even an unofficial Gameboy emulator that can run on Chromecast.

So far all of those apps have been unofficial because Google hadn’t yet released official developer tools. While it’s not clear if every one of those apps will comply with Google’s existing guidelines, at least now there are official tools and guidelines.

Developers can add Chromecast support to existing apps by incorporating the SDK into their web and mobile apps. In other words, they don’t need to write new apps, and users don’t have to learn a whole bunch of new commands.