MSI recently introduced a small form-factor PC motherboard that comes bundled with a low power Intel Celeron J1800 processor. That makes it one of the first motherboards that DIY PC builders can use to put together a system with an Intel Bay Trail processor. But it’s also notable because it’s cheap. The MSI J1800i is expected to sell for about $60.

But it looks like MSI isn’t the only company to offer a small, cheap, low-power motherboard that could form the basis of a pretty nifty home theater PC (or other low-power system).

Gigabyte and BIOSTAR bother have their own models… and they’re also priced at around $60. 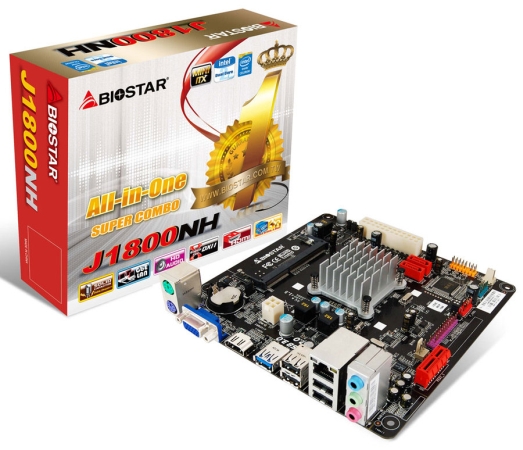 As of early February, 2014 it’s not easy to find any of these system boards in US stores yet, but at least one retailer is taking orders. Directron is offering the Biostar J1800NH for $56.

That’s a pretty good price when you consider that the Intel Celeron J1800 chip alone sells for up to $95 at other stores.

Intel’s Celeron J1800 processor is dual-core chip with a max CPU speed of 2.58 GHz, a GPU that tops out at 792 MHz, and which supports up to 8GB of RAM. The chip is based on the same architecture as the Atom processors found in recent Windows tablets such as the Asus Transformer Book T100 and Dell Venue 8 Pro. But with a TDP of 10 watts, the Celeron J1800 packs a bit more punch than its Atom siblings. 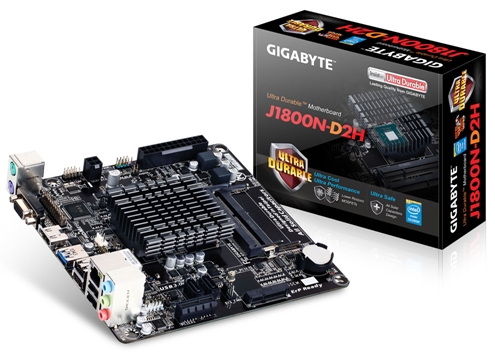 The boards from MSI, Gigabyte, and BIOSTAR offer a few SATA ports, PCI Express slots, HDMI, VGA, and Ethernet jacks, USB 3.0 and USB 2.0 ports, and all the other goodies you’d expect from a desktop PC.

You’ll need to supply your own case, power supply, memory, storage, and operating system if you want to turn one of these boards into a fully-functional PC — so these $60 boards aren’t exactly Raspberry Pi killers.