The Dell Venue 11 Pro is a Windows tablet with a full HD display, up to an Intel Core i5 Haswell processor, and support for accessories including an Active Stylus and a keyboard dock that transforms the tablet into a notebook.

While top-of-the-line models sell for $850, you can pick up an entry-level Dell Venue 11 Pro with an Intel Bay Trail processor for $500. That makes this Windows tablet a bit pricey compared with an Asus Transformer Book T1000, but a steal compared with a Microsoft Surface Pro.

Dell loaned me a Bay Trail-powered Venue 11 Pro to test, and while I’m just starting to test the tablet, I wanted to share some initial thoughts. 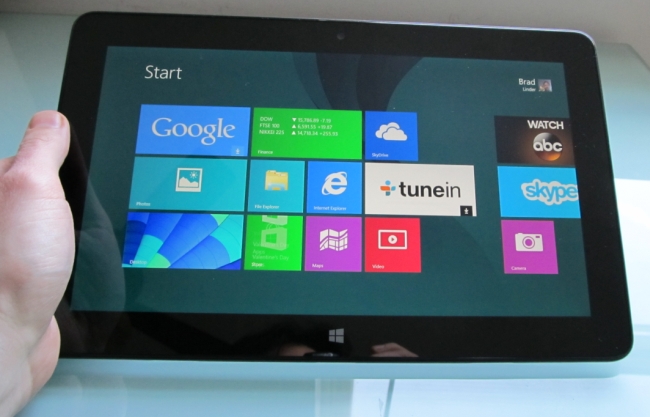 It has an 8MP rear camera, 2MP front-facing camera, and a good range of ports including a microSD card slot, mini HDMI, a full-sized USB 3.0 port, and a micro USB port.

You need to poke the microSD card slot with a pin or paperclip to open the door, so it seems like Dell doesn’t actually expect you to swap out removable storage all that often.

Speaking of swapping parts though, Dell does make it easy to replace the battery on the Venue 11 Pro. You can pop off the rear cover without a screwdriver — although snapping it back on takes a bit of finesse. 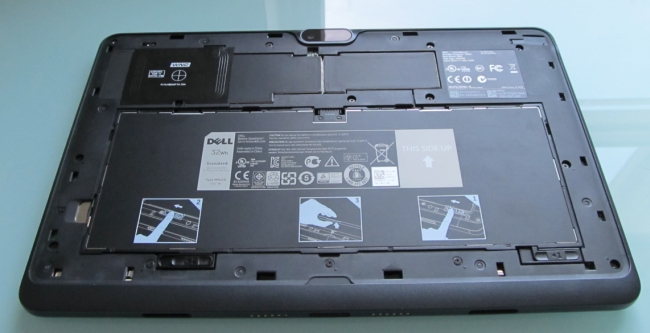 Once the cover is open, you can slide two switches to release the 32Whr battery and replace it. So while Dell says you should be able to get up to 8-10 hours of battery life, if you pick up a few spare batteries, you could go much longer between charges. You’ll want to power down your system before swapping the battery though.

Another way to extend the battery life is to pick up an optional keyboard dock, which has its own built-in battery. I’m still waiting for Dell to send me a keyboard to test, but the Windows 8.1 software on the tablet is already configured to support the battery — when I check the battery level, it shows me the status of the internal battery and lets me know that a secondary battery isn’t currently detected.

Dell also offers a much-cheaper Venue 8 Pro tablet for around $300. That model has a slower Bay Trail processor, an 8 inch, 1280 x 800 pixel display, and an entry level model with just 32GB of storage. But the premium features on the larger model including the full HD display, extra ports, and removable rear cover make this tablet feel like it comes closer to deserving the “Pro” name.

I’ll be testing the tablet’s battery life, performance, and general utility in the coming weeks. But after spending just a little time with the tablet, I can say it shows a lot of promise.