Chinese companies have been cranking out Android-powered set-top-boxes and TV sticks for a few years, with most of the best models in the past year powered by Rockchip RK3188 quad-core processors. But there may be a new performance champ in town.

Amlogic’s new S802 processor is an ARM Cortex-A9 quad-core CPU with Mali 450 graphics. It runs at speeds up to 2 GHz, and early tests suggest it could be noticeably faster than an RK3188 chip.

The processor also handles display resolutions up to 3840 x 2160. And at least two new set top boxes featuring the chip should be available in the coming months. 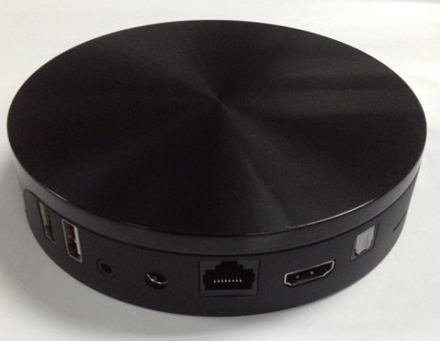 While I’m not a fan of relying on benchmarks alone for performance tests, Geekbuying says this machine scores over 30,000 on AnTuTu, which is almost twice as high as the AnTuTu scores I got when testing devices with RK3188 chips.

Meanwhile, CNX Software noticed that the Tronsmart Vega S89 isn’t the only box with an Amlogic S802 chip. The Eny Technology ES8 has similar specs, but a more traditional square-like shape.