Chocolate and peanut butter. Rice and beans. Some things just go together. ZTE seems to think that a mobile hotspot and projector fall into that category. And surprisingly enough, the company might actually be right.

ZTE is showing off its Projector Hotspot at the 2014 Consumer Electronics Show and while I was first drawn to the device because it seems kind of silly… it turns out it works pretty much exactly as promised and actually seems kind of cool. 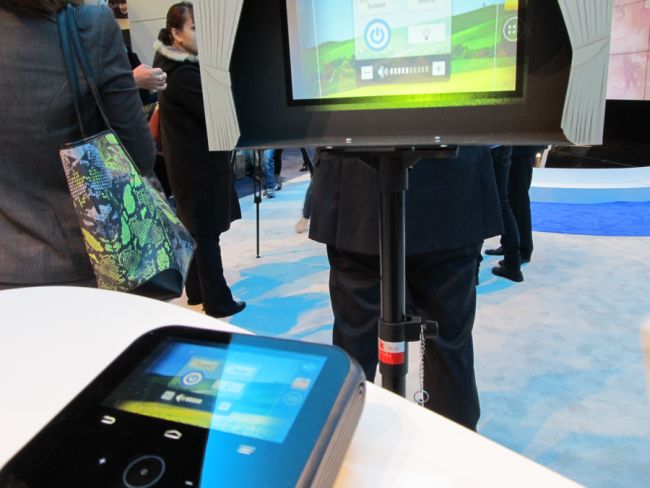 Here’s the deal. The Projector Hotspot operates as a mobile hotspot, letting you connect up to 8 devices to a 4G LTE connection over WiFi. It also has a built-in projector that can shine video at 1920 x 1080 800 x 480 pixels on a screen up to 120 inches across. And the whole thing runs Google Android software.

Update: The projector can accept input from devices running up to 1080p, but the projector outputs at a much lower resolution.

You can navigate through settings and menus using a 4 inch touchscreen on top of the device. So even when you’re not using the device as a hotspot you can use it to shine videos, presentations, documents, or anything else on the wall.

The Projector Hotspot has a 5000mAh battery and you can actually use it to charge phones or other devices when they’re plugged in.

You can connect to the internet over WiFi and stream videos from YouTube or Netflix using the projector, or you can load files you want to display onto a USB flash drive and connect it to the USB port in the back of the device.