But eventually you may be able to run those Windows Store apps in desktop mode which means you’ll be able to resize, move, or tile them just like classic Windows apps. 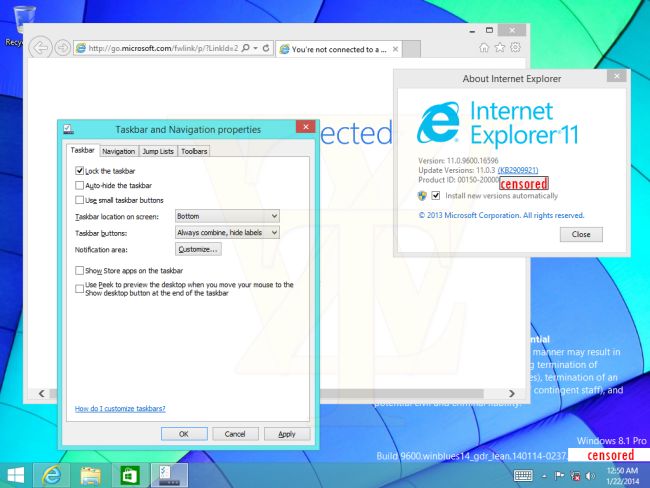 Microsoft is working on an updated version of Windows 8.1, and Russian blogger WZor has posted a few pictures showing a leaked, pre-release build of the software.

Among other things, the images show the Windows Store icon pinned to the Windows taskbar, and a new option to “Show Store apps on the taskbar,” indicating that you’ll be able to download apps from the Windows Store and run them in desktop mode in the future.

That should give users who aren’t particularly fond of the tablet-friendly “Modern” or “Metro” user interface in Windows 8 and later a reason to start exploring the Windows Store for apps. And if they find apps they like in desktop mode, maybe that’ll be a gateway for convincing them to start using the same apps in the Modern UI… which could help Microsoft fulfill its dream of making Windows 8 a viable alternative to Android and iOS for tablets and other touchscreen devices.