The first internet-connected televisions running webOS software are set to hit the streets this year.

LG acquired the assets of webOS from HP after the computer maker basically scrapped its webOS smartphone and tablet division. But LG had no plans to launch its own mobile devices powered by webOS. Instead the company has adapted the software for televisions, bringing web apps such as Netflix and YouTube to your living room. 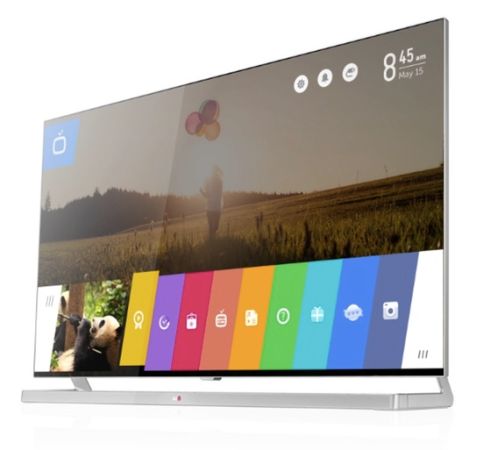 Of course, webOS on televisions faces the same challenge it did on mobile devices: Competition. There are plenty of devices for streaming video from the internet to a TV, including Roku, Apple TV, Google TV, Chromecast, and other devices… not to mention smart TVs from Samsung and other consumer electronics companies.

But that might not really be the point of webOS on TV. I’m not sure LG expects you to buy its televisions because they run webOS. But if you’re planning on buying a smart TV from anyone, you want to know that it’ll be easy to use and support a wide range of apps — and LG’s new models fit the bill.

The company found the software to be versatile, capable of handling a wide range of tasks, and easy to adapt to fit a TV user interface rather than a phone or tablet UI.

The folks at The Verge have a detailed hands-on with the software, which overlays a list of available apps on your screen, letting you fire up Amazon, Netflix, Hulu Plus, Vudu, and most of the major players in the online video space. At the same time, there are cards in the same space for live TV, your game console, or other video input devices, letting you treat Netflix and your PlayStation as equal partners.

LG is also trying to make it easier to discover content with a “Today” menu that offers recommendations from a range of sources.

There will also be an app store which lets you grab audio, video, and other content including news, social networking, or communications apps such as Skype.

LG’s Smart TVs will come with a remote control that supports motion control so you can navigate with an on-screen cursor.

LG plans to include webOS software on 70 percent of hte smart TVs it ships in 2014.