Lenovo just introduced two new Chromebooks designed for classroom use, and Toshiba’s getting in on the action, too. Schools that want something a bit bigger than an 11-inch display can now opt for the 13.3-inch Toshiba Chromebook. 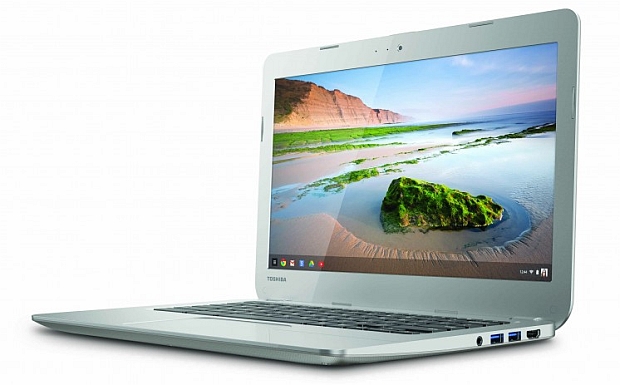 The 13.3-inch Toshiba Chromebook just went up for pre-order last week, and you can reserve one on Amazon.com for $279.99. Education customers are looking at a few bucks more: Google’s listed the Toshiba at $299.

That’s still a decent price for a new laptop. Google’s quick to point out the ease of deployment and management of Chromebooks — which can make them an even bigger bargain for cash- and resource-strapped IT departments.

New hardware isn’t the only thing Google had to announce this morning either. In addition to having three more Chromebooks to choose from, schools will also soon have access to a vast library of K through 12 textbooks.

They’ll be added to Google Play for Education. Google got the ball rolling last year with the introduction of university textbooks that could be purchased or rented.

Those book will be readable anywhere the Play Books reader can run, but Google’s probably hoping that schools stick primarily to Chromebooks and Android tablets… though it’s a nice bonus that existing school hardware will be able to turn their digital pages, too.