Samsung has a habit of releasing tablets and phones with virtually every screen size imaginable — so it probably shouldn’t come as a surprise that the company is launching 4 new tablets at the 2014 Consumer Electronics Show. 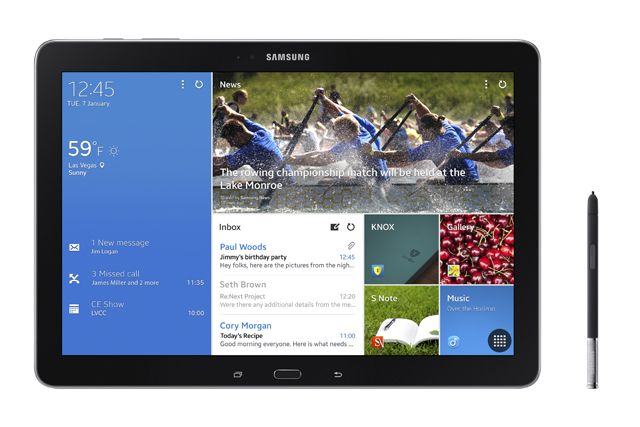 Samsung is only offering one model in the NotePro series at launch, and it’s a big one: The Samsung Galaxy NotePro 12.2 has a 12.2 inch, 2560 x 1600 pixel display. It’s virtually identical to the Galaxy TabPro 12.2, but unlike that model, the NotePro features Samsung’s S Pen, a pressure-sensitive digital pen that supports writing, drawing, and interacting with Samsung’s S Pen enabled Android apps.

Here’s the skinny on the new high-end model. It has a high resolution screen, runs Anroid 4.4 KitKat software, and features 3GB of RAM and up to 64GB of storage. There’s also a microSD card slot if you need more space.

The NotePro will come with a Samsung Exynos 5 Octa processor if you get a WiFi-only or 3G model. If you want 4G LTE you’ll get a model with a Qualcomm Snapdragon 800 processor instead.

This is one of Samsung’s largest Android tablets to date, measuring 11.6″ x 8″ x 0.3″ and weighing 1.65 pounds. But it’s still lighter than most notebooks, if it makes any sense to compare it to one.

Take all those specs above and leave out the pen. You’ve got the TabPro 12.2. 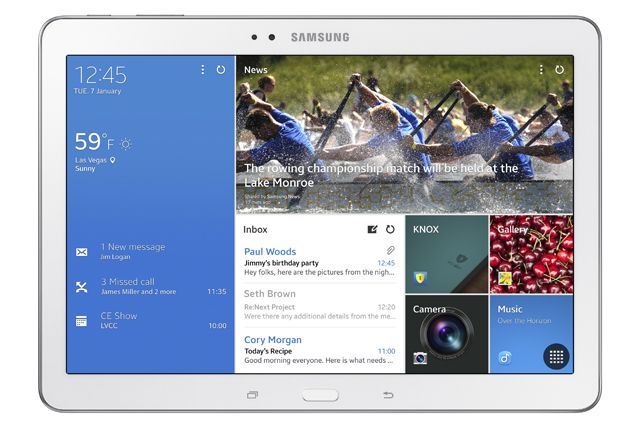 Like the larger tablet, it’s powered by a Samsung Exynos 5 Octa or Qualcomm Snapdragon 800 processor, depending on the wireless configuration. 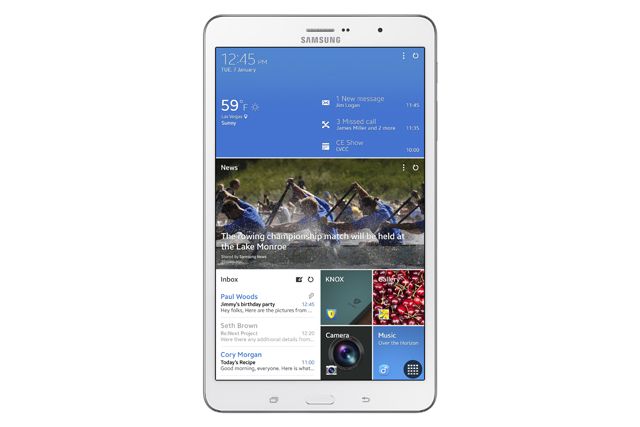 This model has a 4800mAh battery and will be availabe with optional HSPA+ or 4G LTE. And did I mention that it has an 8.4 inch, 2560 x 1600 pixel display? Because that’s either awesome or overkill, and I haven’t decided which.