Samsung is expanding its tablet lineup with a new 7 inch model that looks a lot like its last 7 inch model. But Samsung says the new Samsung Galaxy Tab3 Lite (7″) is slimmer and more portable than the Galaxy Tab 3 7.0. That’s arguable.

The new model could also be cheaper (Lite models often are), but Samsung has yet to say anything about the price for the new model. 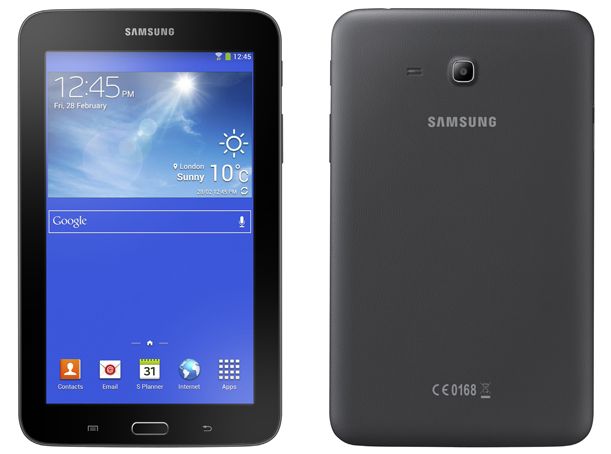 It supports 802.11n WiFi, Bluetooth 4.0, and GPS and has a 2MP rear camera. Interestingly, there’s no mention of a front-facing camera, which suggests Samsung expects you to snap photos with this device, but not selfies (or video chats).

The Galaxy Tab3 Lite (7″) is expected to get up to 8 hours of battery life from its 3600mAh battery.

By comparison, the original Galaxy Tab 3 7.0 measures 7.4″ x 4.4″ x 0.39″ and weighs 10.7 ounces. That model also has 3MP rear camera, and 1.3MP front-facing camera. So while Samsung says the new tablet has a “slimmer, more portable design,” I’m not exactly sure what the company is comparing it to.

The Galaxy Tab3 Lite is one tenth of an inch thinner than last year’s model — but it’s a little larger in every other dimension and weighs a bit more.