Samsung may be working on its first tablet with a curved screen. The company launched a phone with a curved glass display called the Galaxy Round in October, and now MovePlayer reports that Samsung is considering releasing a larger device with a curved 7 or 8 inch display that may be called the Samsung Galaxy Tab Round. 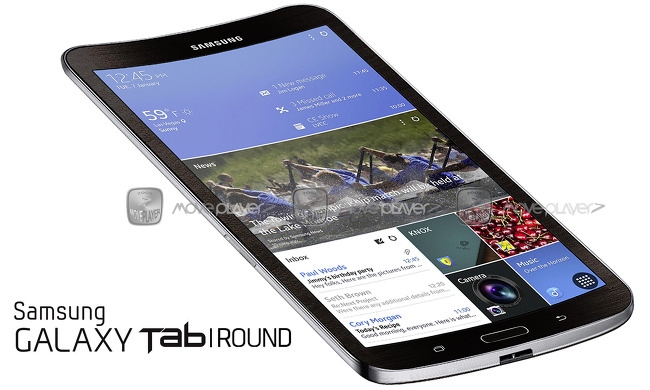 Some folks consider curved displays on smartphones to be a gimmick, while others seem to accept the claims that they’re contoured to fit the curves of your face when making calls and your posterior when they’re sitting in a pocket. I’m not really sure why you’d want a tablet with a curved display unless you really want something that looks different from the competition.

It’s possible that a Galaxy Tab Round might be a bit more damage-resistant than a typical tablet. Curved glass displays are actually made of flexible glass, so they can be bent a bit without breaking. But that’s about the only benefit I can think of.

Curved display tech has been pretty popular at this year’s Consumer Electronics Show — but primarily in big screen televisions, where the curve gives you a bit of the 3D effect you get at an IMAX movie theater. Or at least that’s the promise… but unless you have a really big TV, you’re unlikely to notice.