Meet the Samsung Galaxy Note 3 Neo. It looks like a Galaxy Note 3, but it’s a tad smaller, has a lower resolution display, and a different CPU. But like its big brother, the Note 3 Neo features a Samsung S Pen for writing, drawing, and using other pen apps.

Announced by Samsung Poland, the Galaxy Note 3 Neo appears to be a cheaper alternative to Samsung’s flagship Note phone. 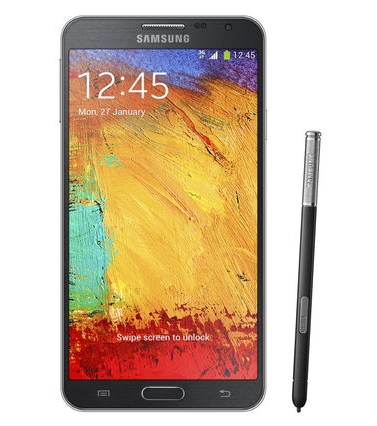 Samsung will offer 2 models. The 3G version has a 1.6 GHz quad-core CPU. But there’s also a model with 4G LTE and a 6-core processor.

Samsung reportedly has no plans to offer the Galaxy Note 3 Neo in the US or UK. But if you’re in a country where it is available it should be a bit cheaper than the full Note 3 smartphone which has a full HD display, 3GB of RAM, up to 64GB of storage, and a 13MP camera.