There’s good news and bad news for PC makers in the latest reports from research firms IDC, Gartner, and NPD. The bad news is that most reports suggest PC sales in 2013 were down about 10 percent from the previous year, with 4th quarter/holiday shipments down about 6 percent from 2013. The good news is that’s not quite as bad as some had predicted.

Another bit of good news? The growth of new product categories are helping to offset declining sales of traditional PCs.

For example, NPD reports that Chromebook sales are up 112 percent from a year earlier. 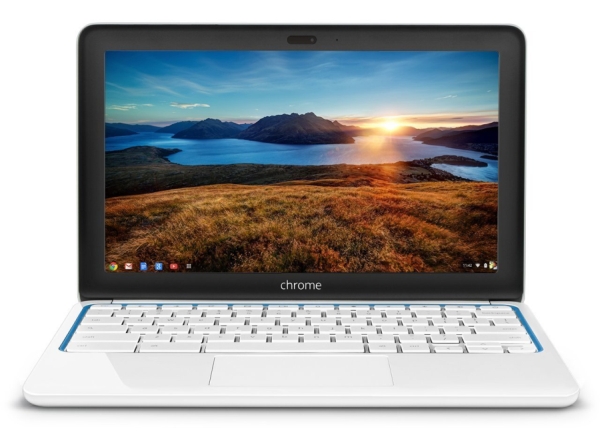 Reports seem to agree that global PC shipments in the 4th quarter of 2013 were between 82 and 83 million units. That’s not exactly nothing… but as IDC points out in its report, that means PC sales declined for the 7th consecutive quarter.

Lenovo reportedly sold more PCs than anyone else, followed by HP, Dell, Acer, and Asus.

While most Windows PC makers saw declining sales (or only moderate growth), NPD reports that Macbook sales were up 13 percent from a year earlier.

Meanwhile, NPD reports that people bought about 11 million tablets during the holiday season, which is a 45 percent jump over 2012. But because many of those new tablets were small, inexpensive models, revenue was up only 7 percent.

Many people in developing markets are picking up smartphones as their first computing devices, and in developed markets tablets may be low-cost, easy-to-use alternatives to a traditional PC for many shoppers.

Another low-cost, easy-to-use alternative could be a Chromebook — and it looks like as many as 2.5 million Chrome OS laptops may have been sold in 2013. That’s still a pretty small number when compared with total PC sales, but it’s still a big increase from last year.

Technically, a Chromebook is probably just as much as PC as a model running Windows, OS X, or Ubuntu (or other Linux distributions). But since they put the web browser front and center, offer an easy way to get online, and make it easy to save your data in the cloud and difficult to download malware, they may be more attractive options for some users.

Or maybe they’re just selling well because they’re so cheap. Many Chromebooks sell for $300 or less.

Another item that may be of interest to Liliputing readers: Gartner singles out the Asus Transformer Book T100 as a device that had high demand, but it wasn’t enough to prevent Asus from seeing a significant dip in year-over-year growth. The Transformer Book T100 is a low-cost Windows tablet with an Intel Atom Bay Trail processor and a keyboard dock that lets you use the tablet like a notebook. It’s one of my favorite devices from 2013.