Samsung is reportedly getting ready to introduce a wearable device that’s a bit like Google Glass at the IFA trade show later this year. That’s according to The Korea Times, but like any rumor about something that’s supposed to happen in about 8 months, it’s probably a good idea to take it with a grain of salt.

That doesn’t mean Samsung isn’t working on a wearable device that lets you view notifications, maps, web pages and other content without even moving your head — let alone taking a phone out of your pocket. There’s just a lot of time for things to change between now and September. 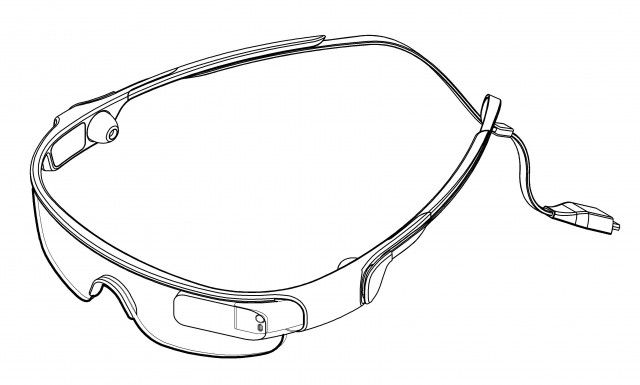 Google unveiled its Glass project nearly two years ago and at this point the only folks with Google Glass devices are developers and early adopters willing to spend $1500 to get their hands on a device that gets about 45 minutes of battery life if you actually try to use it to shoot videos.

While Google does plan to turn Glass into a commercial product at some point, it’s not clear how much it will cost, who the target market will be, or what kind of enhancements it will have by then.

Samsung, meanwhile, isn’t a stranger to the idea of charging a premium price for a product with no proven market. The Samsung Galaxy Gear smartwatch is one of the most powerful… and most expensive smartwatches on the market at the moment, with a list price of around $300. But that’s still a fifth the price of a Google Glass Explorer kit.

Korea Times reports the product, which may be called Samsung Galaxy Glass, will be a wearable headset with a transparent lens that lets you display alerts, answer phone calls, and listen to music… just like Google Glass.

The news follows a report from the Wall Street Journal a few months ago that uncovered a patent application for a Samsung wearable electronic eyewear device.

3 replies on “Report: Samsung’s answer to Google Glass coming in 2014”